Offchestra talk to us about “Bajram”, their entry in Festivali i Kenges!

Offchestra are one of the 26 participants in the Albanian Festivali i Kenges, which takes place this weekend in Tirana. Their music is rather unique, as they like to mix very different genres in their songs – “Bajram”, their entry in Festivali i Kenges being one of them.

We had a great pleasure to speak with Sezgin Curi, the front-man of this band, and ask him about their career, their song in Festivali i Kenges, as well as their views on the Eurovision Song Contest. Check out all of that and more in the following interview:

Hello ESCBubble, I am very thankful for your invitation too! So, “Offchestra” was formed in 2011 in Pristina / Kosovo by two musicians: myself – Sezgin Curi, and Ilir Livoreka. After a few changes within the group members, right now our group consists of seven members which include: (myself) Sezgin Curi (Vocal/Bass), Faruk Banjska (Guitar), Ilir Livoreka (trombone), Dukagjin Muhaxheri (Alt/tenor sax), Ardian Bytyqi (Clarinet), Granit Paçarada (Drums), Erol ‘Charlie’ Daka (Percussion). As well as the genre of the music we name it as the Offchestra’s music, is synthesis of different styles of musics such as: the Albanian/Balkan music, mainly combined with Ska, Reggae, Latin, Dub, D’n’B etc.

We decided to take part in this festival very spontaneously. We discussed this issue all together with the members, so, we decided to go on, because this will be very helpful for our future, and it is a good opportunity for our carrier too.

The song is written in Albanian. The word “Bajram”means “holiday, holidays, feast, festival, fete, fiesta”. The Kosovo society, I mean the Kosovans, mostly are very joyful people, and we celebrate each holiday no matter which religion we belong to. This song teases our society, in a comic, satire way, and shows how we forget all the problems when the holidays are, and we are just celebrating no matter the commitments or responsibilities we have. This song is understandable for Kosovans because the song has to do with our mentality, exclusively with our way of living. The song will be modified in English, but we will do it only if we win the festival and if WE are going to represent the Albania in the Eurovision Song Contest.

Currently we work on other two new singles which will be released immediately after the festival. Meanwhile, next year in April we will work on our first album.

Offchestra will perform together with the Albanian state television’s orchestra on stage. We think that it will be quite interesting for the public to see our joint performance. We will have some surprises as well, while performing the song the on stage.

I think that we have a particular style of performance, and this was one of the most positive motivations to participate. All participants have shown their quality with their own style.  But honestly I think that there will be a big competition among the performances such as ballad/rock/pop in this festival, also I would like to mention that there is no competitor/contestant that cultivates music as we do! 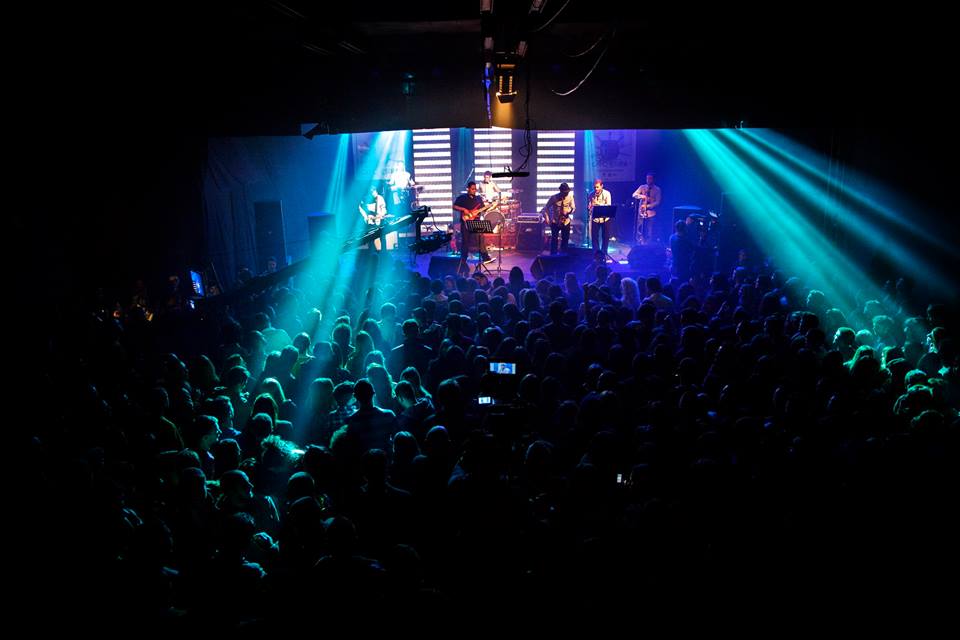 What would representing Albania in Eurovision mean to you?

Actually it would be a giant privilege for us to represent Albania in the Eurovision Song Contest. This is also a great reason to participate in Festivali i Kenges. As I said before, this will be an excellent opportunity for the future career of an artist/band!

There are a lot of songs we are listening to even nowadays, which were part of Eurovision in the past. I can mention one of the songs that all the members of the band remember and like, and that is Athena – “For Real”. It’s important to mention the great performance of Rona Nishliu with the song “Suus”, who had success worldwide.

We would like to say hello to the all our fans who listened and/or supported our style, and people who like our genre we are doing. For those who would like to listen our genre and our songs for the first time, they can find us on our official website, as well through all social networks like facebook/youtube/instagram, or just by searching OFFCHESTRA.

Thank you very much interviewing us! We appreciate it!
Falemnderit shume.(Thanks a lot in Albanian)

Offchestra will be taking part in the first semi final of Festivali i Kenges, on the 26th of December. Until we’re waiting to hear “Bajram” for the very first time, give a listen to one of their most known songs – “A bon?”

Beatrees talk to us about their “Fighter”!