Misha Sulukhia talks to us about “One And Only”, his song in the Georgian final

Misha Sulukhia is one of the five artists who will be competing in the Georgian national final, in order to represent his country in the Eurovision Song Contest in Vienna. He is competing with the song titled “One & Only”, which he composed himself.

We had a great pleasure to chat with Misha about his song and his participation in the Georgian selection, as well as his career and his views on the Eurovision Song Contest. Check out everything he told us in the following interview:

Thanks for your willingness to speak with me. Regarding myself I can say that I am not merely a singer, I am a musician. I am very close to music and can’t imagine a day without it. For me music is so important that it doesn’t have borders, nor frames.
I was born in Tbilisi, the capital of Georgia. In my childhood I was studying to play the violin. Afterwards, I was a flute player, now I am mostly working on my vocals, in classic and pop genres.

“Star Academy” was one of prestigious TV project in Georgia. During three months we were living with TV cameras and microphones all around us. I became a finalist of this project, and was participating until the end of it. The experience was very valuable, but now I have different views on music, and a different music taste than before.

I decided to participate in our Eurovision selection because people around me like songs that I write, and they always insist on me to realize them. I think Eurovision is one of biggest stages where a musician can introduce himself/herself. 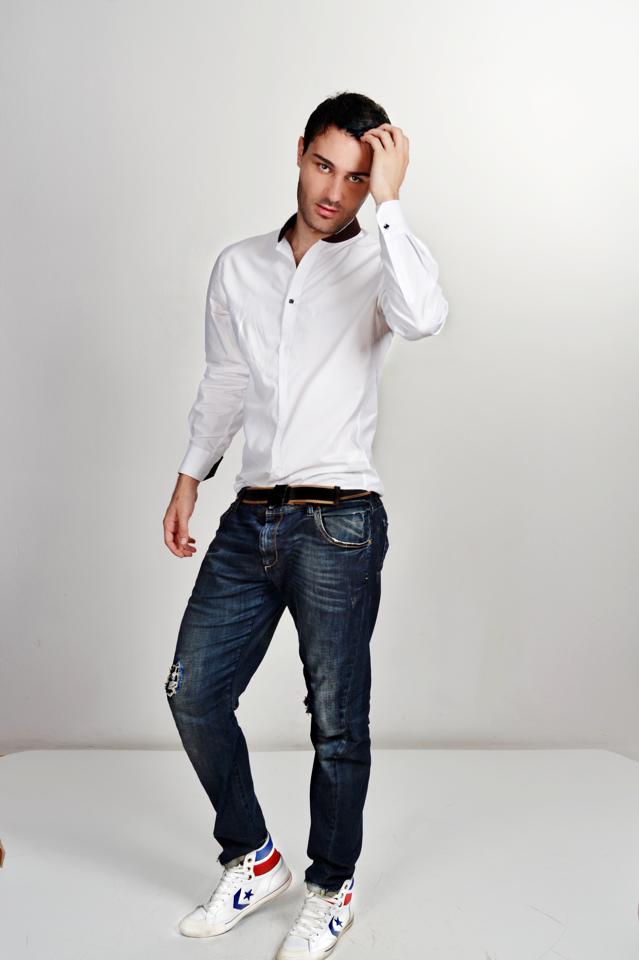 I have composed and did the arrangements for this song, and it was all made at my home. The author of the text is a young, talented girl – Teeo, and she is my friend.
“One & Only” tells about a man with many obstacles in his life, but he is constantly ready to overcome the difficulties. He must find all the positive things in life, and see the rainbow in the sky when it’s raining.

My competitor song belongs to Eteri Beriashvili, because stylistically our songs resemble to each other. Other songs are different from this style.

It is a huge responsibility to represent Georgia in Eurovision, both for me and my country. In Georgia huge attention is paid to singers who are sent abroad, and I think that I have a potential to represent myself successfully.

I am a supporter and a spectator of the Eurovision Song Contest, and I often like songs from different countries. For example, in 2014 the Netherlands was my favourite, in 2007 –Marija Serifovic from Serbia, in 2012 Loreen from Sweden. From Georgia, my favourite singer was Sofia Nizharadze in 2010.

In my free time I listen to classical music, and jazz to relax. Other music genres are mostly for positive mood.

My message to everyone, and according to my song, is to – “feel the moment of your life”. I think it is a very important phrase. Every man must find his moments and elements in his life.

Give a listen to Misha’s entry “One & Only”: