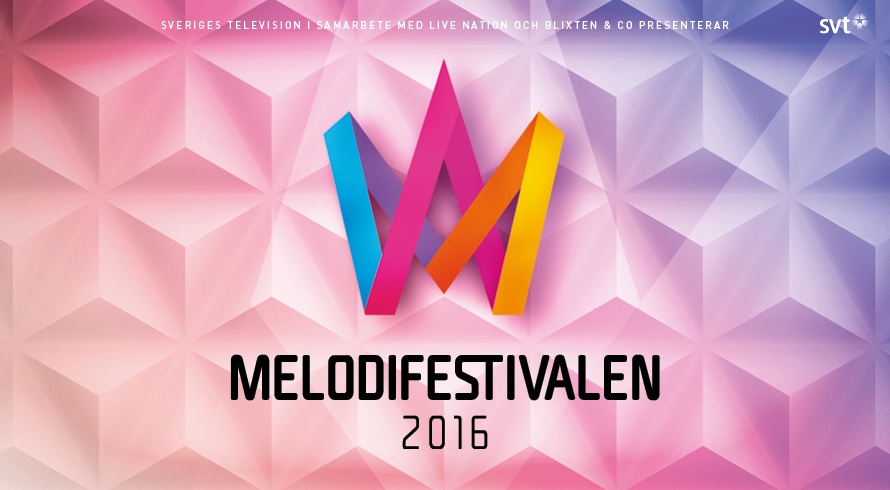 The Melodifestivalen is back!.  Tonight’s first heat, held in Scandinavium in Gothenburg, will determine the first qualifiers to advance to the final, which will ultimately determine the home entry for this year’s Eurovision Song Contest in Stockholm.  As the host nation, the Swedish entry will of course be guaranteed a place in the grand Final.

Tonight’s show, hosted by Gina Dirawi and Petra Mede will see the first 6 songs compete for two direct places in the final, and two places in the ‘Andra Chansen’ repechage heat.

The original plan was for there to be seven competing songs, but as we reported earlier this week, Anna Book’s song ‘Himmel For Två’ has been excluded from the competition after it had been discovered that the song had been aired publicly in 2014 (in contravention to Eurovision and Melodifestivalen rules) when it competed in the early stages of Moldova’s pre-seclection in 2014.  Anna will still perform her song tonight, but it will not be eligble for the voting.

The six competing songs are:

The show begins at 8:00 CET and you can follow the event live via the svt website at www.svt.se/melodifestivalen.  You can also follow our live blog, here on this very page!

Leila Jane: “Wild is about empowering yourself and trusting your instincts”

Sharonne: “My mother wondered why I was always listening to Whitney Houston as…

These are ESCBubble’s qualifiers from the third semi final of Melodi Grand Prix 2023!

Leila Jane: “Wild is about empowering yourself and trusting…