After the show, the EBU revealed the full split results of the semi-finals and final of this year’s edition of the Eurovision Song Contest 2016.

Here are the full split results of the first semi-final with the jury and televoting points: 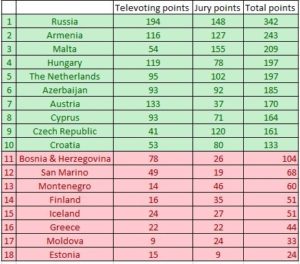 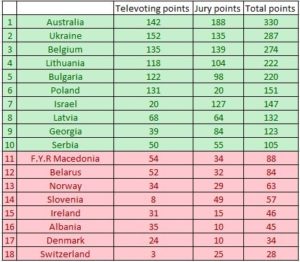 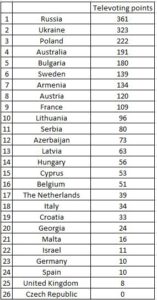 Finally, here are the jury points in the same order as the televoting results: 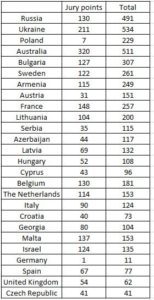