Apply for the auditions for Eurovision Gala Night Luxembourg 2016!

The Eurovision Gala Night which traditionally takes place in Luxembourg reaches its 9th edition this year, and this fantastic event is once again going to be organized this autumn.

The organizers of the Eurovision Gala Night in Luxembourg have just announced the audition dates for the event’s 9th edition. The auditions are open for all amateur singers over the age of 16 – not only from Luxembourg, but from any other country as well, and will take place on the 9th and the 10th of July. In order to apply for taking part in it, you need to fill out the form on the official website of the event (click), or send your application to contact@galanight.net.

A total of 12 acts are going to be selected from the auditions to take part in the 9th Eurovision Gala Night in Luxembourg this autumn. This year’s event is under the patronage of the Representation of the European Commission in Luxembourg and the City of Luxembourg. 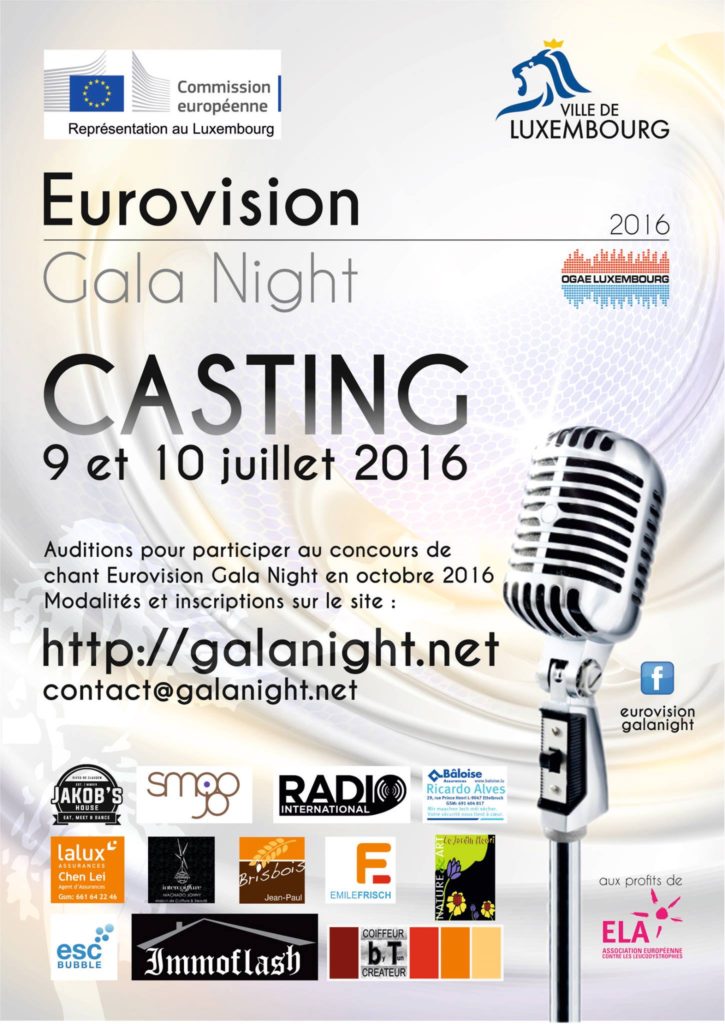 Last year’s edition of the Eurovision Gala Night took place at the prestigious Casino 2000 in Mondorf. The guest line-up included Eurovision winners Ruslana and Gigliola Cinquetti, but also Eurovision stars like Baccara, András Kállay-Saunders, Nadine Beiler, Sinplus, and Sestre. Check out all of our videos from last year’s event, including the performance of the winner of the competition part of the night – Dorothea Ferrari who sang Eimear Quinn’s “The Voice”, right here:

Jamala to give a concert at the Alfa Jazz Fest!