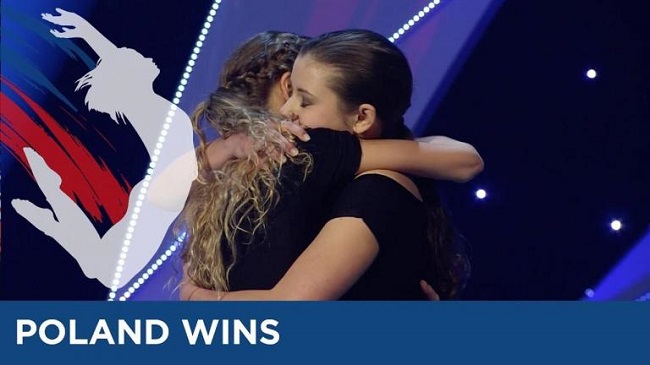 Eurovision Young Dancers, an EBU contest where people from 16 to 21 years old can compete in dancing (as long as they aren’t professional dancers), has just ended and was won by Paulina Bidzińska from Poland!

The contest is held every two years, just like Eurovision Young Musicians, with each contest held in the year the other one isn’t being held, so they’re alternating all the time. The contest was hosted in Prague this year, for the second time in a row, as Prague had hosted the 2015 edition as well. That edition was, coincidentally enough, also won by Poland! Back then the winner was Viktoria Nowak. This is the third win for Poland in this contest, winning for the first time in 2001.

The contestants tonight where: Michal Vach from the host country Czech Republic, Danila Kapustin from Germany, Denise Buttigieg from Malta, Anna Louise Amundsen from Norway, Paulina Bidzińska from Poland, Raquel Fidalgo from Portugal, Patricija Crnkovič from Slovenia and Christoffer Collins from Sweden. After 4 performances 4 of them performed an interval dance show, with the other 4 doing so after the other 4 contestants had performed. The choreography for these collaborations was from Czech choreographer Petr Zuska.

After each performance the performers received feedback from a professional jury, all with deep roots in the world of dancing. Tonight those 3 were:  Daria Klimentová from the Czech Republic, Itzik Galili from Israel and Ambra Succi from Sweden. Ambra was the choreographer for Jana Burčeska at Eurovision this year and also for Loreen in 2012!

Two contestants were voted through to the superfinal for a dance off: Patricija Crnkovič from Slovenia and Paulina Bidzińska from Poland. In the end the jury decided Poland was victorious!

Where the contest will go for 2019 is not known yet, but host Libor Bouček already said that he and co-host Angeé Klára Svobodová would love to do it again in Prague!

In case you want to watch tonight’s show again, you can do so here!

Italy- Line up confirmed for Sanremo 2018

Allocation of the semi finalists of Festivali i Kenges revealed!