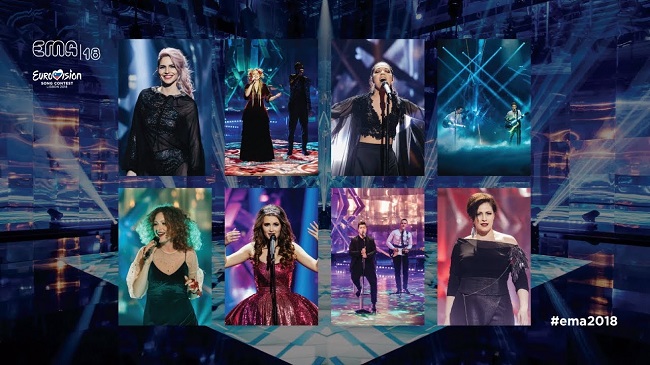 This morning RTVSLO have announced the running order for the national final EMA 2018. With that announcement also news about a language change for some participants was revealed. It was a requirement for all the participants to sing their song in Slovenian in the semi-final but in the final the contestants can sing in the language they wish to perform in if they reach the Eurovision Song Contest. This means for Ina Shai that she’s singing the English version ‘Glow’ and for BQL it has become: Promise.

RTVSLO have made a video with snippets of the songs in the final (where you can hear a small part of those two songs that are now in English) and this gives us the running order in one go!

The final of EMA 2018 will be held this Saturday, the 24th of February.

Speaking about that final, you can vote in our poll and let us know who your favourite is!