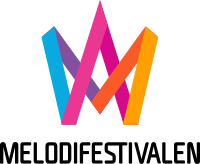 The Swedish radio station, P4, has announced the finalists for P4 Nästa 2018.  This annual competition aims to give unknown acts the opportunity to grab the first spot in the 2019 edition of Melodifestivalen, the Swedish selection show for Eurovision.

Eight finalists have been announced and the contest will take place on Saturday 25th August.  The winner will be determined from a combination of an SMS public vote and a jury vote.

The jury have also been announced and will consist of:

Here are the eight finalists with a link to be able to listen to each entry:

A final round of voting for the audience is added when the eight finalists are presented live, when the audience and jurors are scored and converted into points, and the converted points weighed together into a common result. The two  with the highest score of jury and audience combined will go on to a final round. During the final round, only the audience will vote and decide who the winner of P4 Nåsta will be.

Who is your favourite to win this years P4 Nåsta? Let us know on our socials.

Serbia starts an open call for songs for Eurovision 2019!