Alexandro Kröger Degerfeldt is a 25 year old Eurovision fan, who lives in Umeå, Sweden. The thing that distinguishes him from all other Eurovision fans is his unique hobby – he builds Eurovision stages with legos!

We spoke to Alexandro, as we wanted to find out more about his Eurovision stages, how does he build them, where can they be seen, and more. Check out everything he told us in this interview here:

Most of us played with legos when we were children. I was building some fancy homes and some bridges for example. Of all things, how did you come up with the idea to start building Eurovision stages with legos?

I became a fan of the Contest in 2004, then I bought the DVD and sat in my room and watched it and started to build moments from in using my Legos. Then I made movies of it.

How many pieces of legos you need for a stage?

How much time do you need to build one stage?

It takes 2-6 months to make a 3D-plan of it and to order specific parts and 3 months to build one.

Where do you place the stages you build?

I build them in a room in my apartment, and I have an office there which is where I store them.

How do you do the measurements? And approximately how big is one lego stage that you build?

I have developed my own system to scale down the plans of the real stages to fit a Lego-figure. The Lisbon-stage is 2 meters wide and 2.5 meters deep.

Are you just building the stages which have been used in Eurovision or are you creating unique ones for yourself as well?

I only build stages from Eurovision at the moment.

Which stage was the most difficult one to build? And which is your personal favorite stage?

The hardest one was the 2015 one. It was first built at my home, then taken down and transported to a museum in Stockholm and I had to built it all up again in three days when it had taken three months to do it the first time. That took a lot of planning.

How did that come about?

People from the Technology Museum in Stockholm heard about me in a radio show and in the newspaper, so they contacted me. They wanted my 2015 stage to be presented at the Museum, and the stage stayed there for a year as a celebration of our victory at that Eurovision.

How did you come up with the idea to recreate the performances and the entire shows as well in videos?

I did it from the start and then I just kept on doing it. It is about my passion of creating visual media in the end.

What is your next step?

Check out his work of this year’s Eurovision in our gallery below, and also make sure you follow Alexandro on his Facebook page, and Youtube channel. 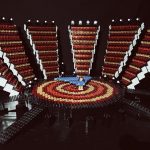 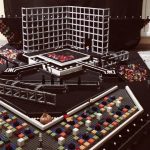 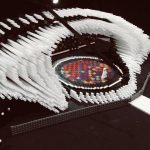 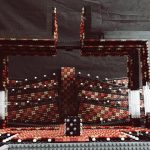 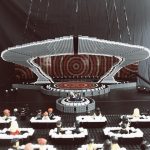 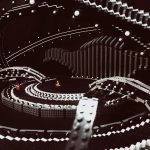 Edward af Sillén taken in as consultant for Melodifestivalen 2019!