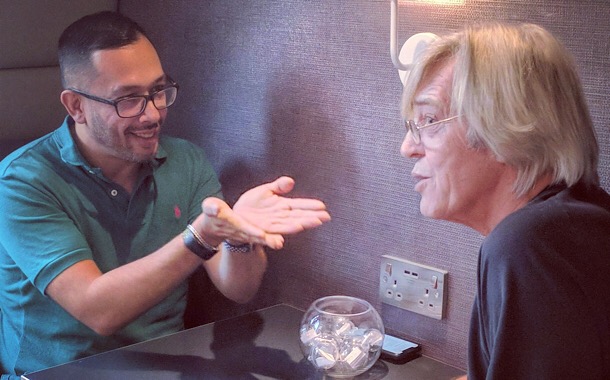 Scott Fitzgerald on ‘Monsters’, it was written “two years ago when she was on the X Factor”

Last month Scott Fitzgerald was one of the six artists to take part in the EuroStarz concert held in London.  ESCBubble met up with Scott just before the event to catch up with him 30 years on from his Eurovision experience.

Scott’s entry ‘Go’ for the United Kingdom in 1988 was narrowly close to the win on the night, beaten by one point by a relatively unknown at the time Celine Dion.

We chatted with Scott about his thoughts on Celine’s rise to fame, how he reflects on the contest after 30 years and he gave us some interesting info about ‘Monsters’ by Saara Aalto, which his son Ki Fitzgerald co-wrote.

You can see some of Scott’s performance at EuroStarz when he sang in the medley, performing with the other artists to close the concert:

More than 1000 songs sent in for Melodi Grand Prix!

🇬🇧 It’s Official: Eurovision 2023 will be hosted in the United Kingdom!