Is Bulgaria withdrawing from Eurovision?

Series of “goodbye” and “thank you” tweets have been posted on the official Twitter of the Eurovision project of the Bulgarian national television, which makes us wonder – is Bulgaria withdrawing from the Eurovision Song Contest 2019?

After Deyan Yordanov, a member of the Bulgarian delegation, posted on his own Twitter account that today was his last day at Bulgaria’s Eurovision project, BNT’s official Twitter page made four tweets with saying thanks to the former team, former Eurovision entrants, and partners, and moments ago closed the channel completely.

Here you can see both tweets which ESCBubble made a screenshot of: 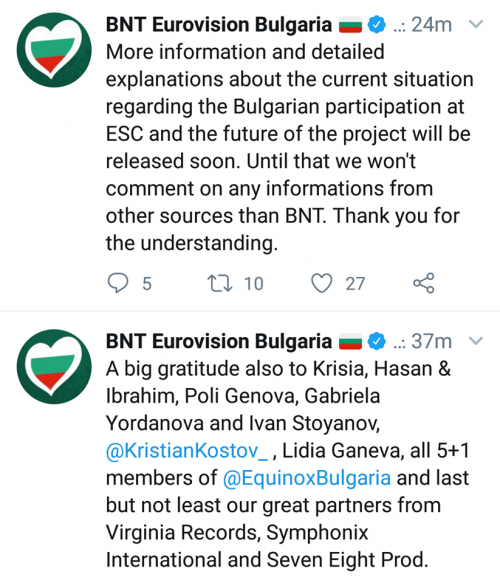 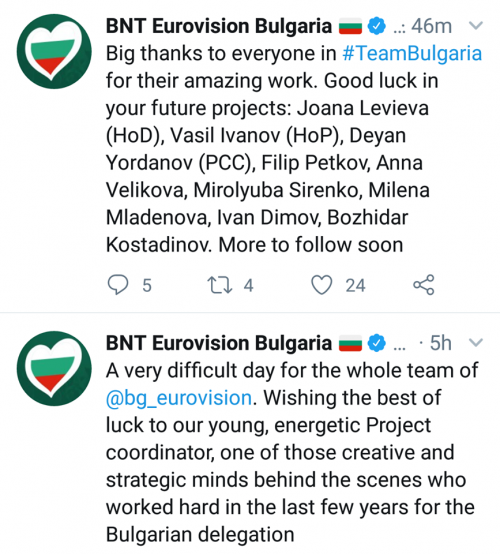 This makes us wonder, whether Bulgaria is fully withdrawing from the Eurovision Song Contest, or whether the existing team is being replaced by a completely new one, and we shall then still be seeing Bulgaria in Tel Aviv next May.

After Montenegro: North Macedonia and Bulgaria also withdraw from Eurovision 2023