The submission period is now closed and now further details have been released about Eesti Laul 2019.

This morning, the producer of the Estonian selection Tomi Rahula, revealed the following on the ETV show ‘Terevisioon’ this morning: 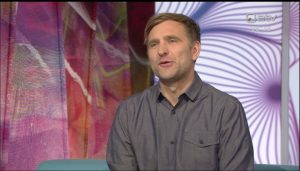 The names of the acts taking part in Eesti Laul 2019 will be revealed on the ‘Ringvaade’ programme on 15th November.

During the ‘Ringvaade’ show tonight it was revealed that 216 songs had been submitted for Eesti Laul.  108 in Estonia and 108 in foreign languages.

How do you feel about the changes to the semi finals?  Let us know on our social media channels!

42 countries will be competing for victory in Tel Aviv!