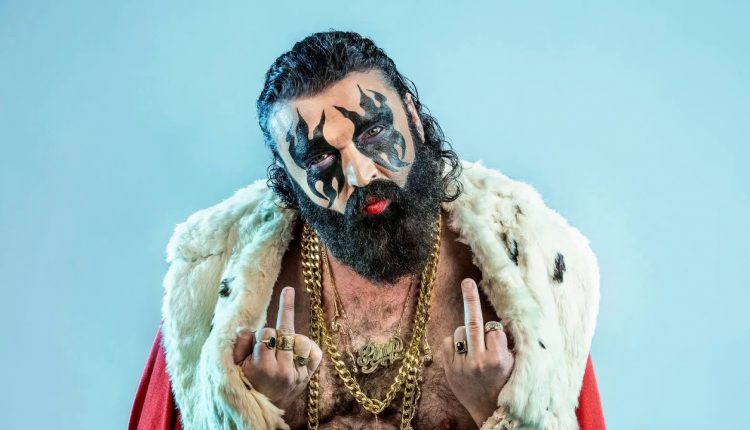 Hank von Hell: ‘I wanna make out with everyone who’s into ESC’

On Saturday 10 acts will fight it out to become Norway’s 2019 Eurovision representative, at the final of this year’s Melodi Grand Prix.

One of the artists taking part is 46 year old Norwegian rock legend, Hank von Hell. Formerly a member of the successful rock band Turbonegro, Hank is now flying solo and will be performing his track ‘Fake It’.

Is Hank really faking it or is he serving some truth in his chat with us? Let’s find out:

Hello Hank, congratulations on being selected as one of the final 10 in Melodi Grand Prix.  Can you tell us about your song ‘Fake It’ and what the meaning behind it is?

Well, it’s actually quite simple. ”Fake it Til You Make it”. I mean, if being yourself doesn’t work, just fake it ”until you make it”, you know? It’s also the only song that’s broken all streaming records in the history of streaming. Only song that’s even close is ”Hold Me Now” by Johnny Logan, that guy who used to be the lead singer in Backstreet Boys and Mötley Crue.

You were part of a very successful rock group called ‘Turbonegro’ who had a very long and successful career.  What made you decide to go it alone after so long together?

The beast had to be put to sleep, in order to be resurrected into full prime, some years later. It had to be done. But now I’m back, and the World of Rock n Roll is finally where it should be.

So what made you decide to enter Melodi Grand Prix and what do you think your chances are of winning?

Stig Karlsen called me and said that I won a free trip to Tel Aviv, and that they’ve renamed the city to ”Hell Aviv”. He also said that this gig in Oslo on March 2nd would be me headlining with 9 support acts, so I just couldnt say no really. It’s gonna be great. Also, the amount of Pyrotechnics during my song is actually the largest ever, in Melodi Grand Prix history. True story.

Hank, we’re hoping your stage show at Melodi Grand Prix will be as wild and as fun as you and your song are.  Can you tell us some of what you might have in store for us?

Are you a fan of Eurovision at all?  If so are there any acts or songs that are your favourites?

I’m a fan of everyone. I love everyone, and I admire almost everyone (except Neil Diamond). I wanna make out with everyone who’s into ESC. By the way, if anyone knows The Olsen Brothers, tell em’ I’m ready for that EDM album they wanted to do with me.

Final question – If you were to go to Eurovision you’d be a National ambassador for Norway.  What parts of Norwegian culture would you like to show to Israel?

I wanna show them that there’s no culture but the World’s culture. We’re all equal no matter gender, sexual preference, religion, origin or whatever makes a person feel ok. And what really connects us is one thing – Shaking ass.

Who would you like to see win Melodi Grand Prix and win in Norway? Please let us know by voting in our poll below: