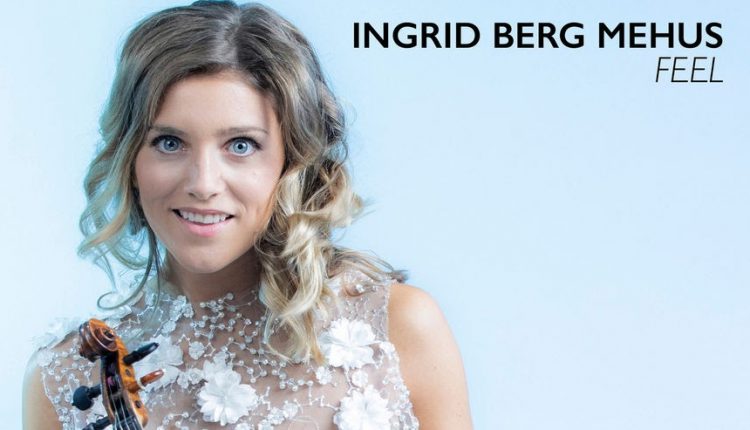 Ingrid Berg Mehus: ‘Both elephants and butterflies moved into my tummy’

This Saturday sees the 2019 edition of Melodi Grand Prix taking place, where Norway will decide who will go to Eurovision in Tel Aviv.

One of the ten acts competing is Ingrid Berg Mehus, a talented violinist who has played in nightclubs and also warmed up for David Guetta before his show at the Oslo Spektrum in 2010. We asked her about her Melodi Gand Prix entry ‘Feel’ and some of her previous work:

Hi Ingrid, many congratulations on being chosen as one of the final 10 participants for this years Melodi Grand Prix.  How did you find out you’d been selected and what was your initial reaction?

First I got an SMS in October 2018 from Stig Karlsen saying that they really liked the song we sent in and that they were considering it. Then, I met for a little audition on a practice room. Scary stuff! The day after Stig called and said that we were on of the ten artists. I almost couldn’t believe it! It was such a thrill of emotions – I got so happy, excited and also started to think about Oslo Spektrum. Both elephants and butterflies moved into my tummy then, and they still live there now. 😉

Can you tell us about your entry ‘Feel’, how it came to be written, and did you and the writers have Melodi Grand Prix in mind when you composed it?

Feel was written in two parts, first the verses and the prechoruses came to life, but first after a seminary about freeing our feelings the chorus came to life and also then the meaning in the song.We didn’t think of MGP when we wrote it, it was actually 4.20 minutes long! So we had to cut out some parts to entry in MGP.

You’ve a rich background in music, having studied at both the Barrett Due Institute and the University of Oslo and then going one to perform music in both classical and contemporary styles during your career.  How reflective is ‘Feel’ of where you are musically?

Hmm.. good question! I often ask myself the same. A great joy and also headache is that I like all kinds of music. From classic to bluegrass, electronic, pop and contemporary. I think ‘Feel’ is something that came to life without any rules or restrictions, just a wish to make a song together with two people I love.

You and Bjørnar Hopland (who co-wrote ‘Feel’) used to be in a duo called Voyeur, one of your songs ‘I Don’t Want To Open My Eyes’ had an amazing synth based chorus mixed with some luscious violin which we really liked.  It was also written by Tony Modebe who has co-writing credit on ‘Feel’ as well.  When did you all decide to finish with Voyeur and that the guys would write with you as a solo artist?

Thank you for kind words! The transition was natural, Bjørnar is a great sound technician and travels with lots of artists in addition to making music. Tony mainly writes and is a great personal trainee as well, so words are his instruments. And I continued playing and singing, so to take the step from being a band to more go over to a creative platform together felt natural.

I know you’ll probably be asked this quite a bit but Norway has a strong history of doing well with string instrument based entries – ‘Nocturne’, ‘Alvedansen’ and ‘Fairytale’ being some examples.  Is ‘Feel’ a song that could continue this amazing success for Norway?

It’s cool that Norway has a so long tradition with violin being used outside of the pure classical world. Maybe it has something to do with the folk-fiddle tradition? Whether ‘Feel’ is a song that could continue this tradition is hard for me to say. I think my focus must be on trying to connect with the audience and have a good musical experience together in Oslo Spektrum.

Is there any new music or projects we can expect from you after Melodi Grand Prix?

Yes, I’m gonna do some concerts after MGP, and late fall I will contribute on a long Christmas Tour that I will start preparing for.The tour will be played in the whole of Norway, so hope to see you then!

Thank you for your time today Ingrid, we’d like to wish you the very best at Melodi Grand Prix!  Is there any message you’d like to send to all the new fans discovering your music for the first time?

Thank you! And thank you so much for great questions! There is more music to come, so please follow me on Spotify. ❤️

Who would you like to see win Melodi Grand Prix? Vote in our poll below:

These are YOUR qualifiers in the first semi final of Beovizija 2019!

Vote for YOUR favorite in Uuden Musiikin Kilpailu 2021!

Daniel Owen: “Watching Madcon perform “Glow” in the arena at…

Azerbaijan prolongs the submission deadline for their Eurovision song!

Vote for YOUR favorite in Uuden Musiikin Kilpailu 2021!

Azerbaijan prolongs the submission deadline for their…

Here is the seventh and final song of UMK 2021!