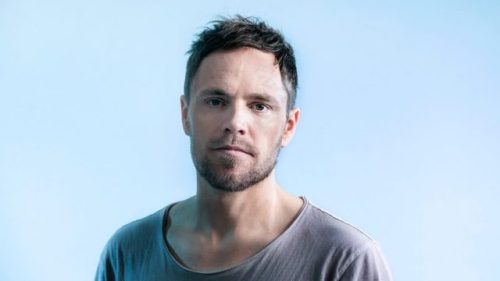 Mørland: ‘En Livredd Mann is a song about going through hard times’

This Saturday it’s the turn of Norway to pick its act to send to Tel Aviv. Amongst the ten artists competing we have the return of a former Melodi Grand Prix winner – Kjetil Mørland!

Mørland’s duet with Debra Scarlett in 2015 ‘A Monster Like Me’ not only won in Norway but also stormed to 8th place at Eurovision. Last year he returned as a songwriter on the MGP 2018 runner up ‘Who We Are’ by Rebecca.

Mørland talked frankly with us about the meaning behind his entry ‘En Livredd Mann’ and his view about a potential return to Eurovision:

Welcome back to Melodi Grand Prix!  You were involved again last year as a writer on Rebecca’s amazing ‘Who We Are’ which eventually finished second. What else have you been up in your career to since your 8th place at Eurovision 2015?

I’ve released my debut album “Make a Sail” which has two lead singles “skin” and the title track that are songs very close to my heart. I have also started up my label Songborn which is the start of another chapter in my career. Aside from releasing songs and performing under Mørland I have been writing and producing for other talented artists, and have signed a select few to the label (including Rebecca).

What was it about the 2015 Eurovision experience that made you want to take part again and how difficult will it be to top your 2015 journey if you were to go to Tel Aviv?

To me I think it’s more about sharing the music rather than taking part in a competition. Certain songs seem to fit this format and the big stage better than others. When I wrote En Livredd Mann, it felt like a song that could come well across on this stage. I’ve had a quite clear concept in mind for this song from the start, so I felt it deserved that visual aspect to it too.

Your song this year is called ‘En Livredd Mann’ and you’ve also recorded an English version titled ‘If Music Could Save You’.  Can you tell us a bit about the meaning behind the song and which version you’d perform at Eurovision if you were to win Melodi Grand Prix?

I haven’t decided what to do if I should win. Firstly I have to focus on MGP. I think both versions could work well with the concept I’ve got planned. ‘En Livredd Mann’ is a song about going through hard times. We all do at some point in our lives. Maybe something happens that you never imagined would happen to you. You feel helpless, terrified and struggle to see a way out. For my own sake, I lost my mother far too early and I guess it’s really affected me as a person. This isn’t a song about my mum but it’s about the same hopeless notion. After recently having become a parent I think it’s made me more scared. Scared of losing the good we have, scared of losing our Leo and scared he’ll lose me. You become more aware of your own mortality as a parent. But at the same time I’ve also become much more focused on really enjoying every day we have together. And appreciating how extremely lucky we are.

So not only do you have ‘En Livredd Mann’ as an entry at MGP, you’ve also co-written another one of the entries – ‘The Bubble’ by Adrian Jørgenssen..  Which song do you personally like better out of the two and how would you feel about ‘The Bubble’ going to Eurovision instead of ‘En Livredd Mann’?

They are two completely different songs so I don’t feel I can compare them. I really love that song too and would be really happy if it wins.

Final question, is there anything you learnt from your Eurovision experience in 2015 that you would go back and tell your former self to do differently in hindsight?

We pretty much did everything we wanted to do and was completely in charge of the act, but it is locked in that time and there is obviously lots of stuff I’d do different now. That’s part of being an artist – to always evolve. But I guess I learned that singing for 250 million isn’t any different to 250.

Thank you for your time today, we’d like to wish you the very best of luck on 2nd March.

Is Mørland your winner of Melodi Grand Prix? Don’t forget to vote in our poll if you haven’t already do:

Meet the 12 finalists of Beovizija 2019, and vote for your favorite!

Maxim Zavidia: “Since my participation in 2016 a lot of things came and changed my life”