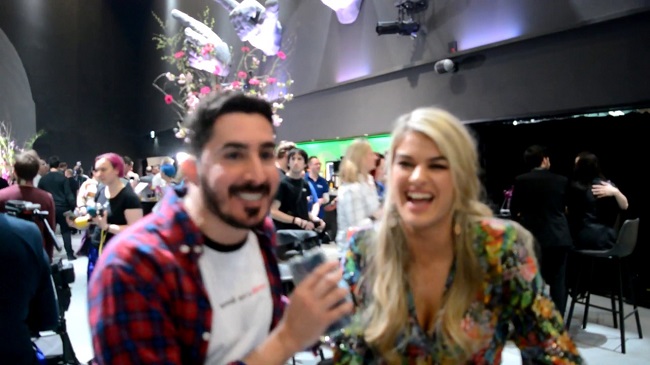 Sarah McTernan: ”I literally got so hyper!”

Loving her time in Amsterdam as well is Sarah McTernan from Ireland, who performed with joy at Eurovision in Concert 2019 too!

When Ahmad spoke to her, they talked about how she spent her first night in Amsterdam, which of this year’s contestants she feels a connection to already and then, at the end, it turns out she does feel one with Ahmad too.

The song Sarah will be representing Ireland with this May is ’22’:

She’ll be performing for the ”Emerald Isle” in the second semi-final on May 16, coming on stage as #2 as well that night!

The public review “Soldi” by Mahmood!

Carousel: “Our album will be released very soon, just for you!”