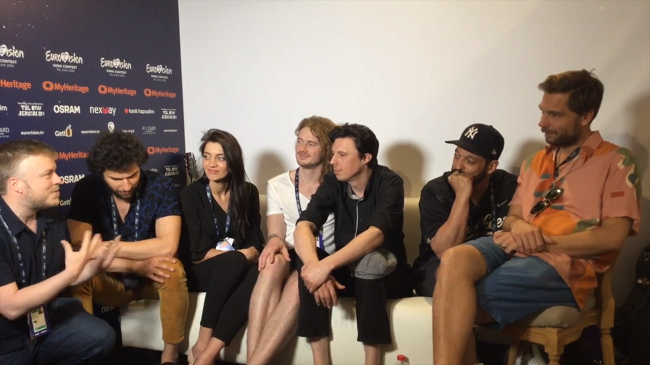 Carousel: ”They are moving in one tempo, one orbit…”

Our Joe met up with Carousel, the band that’s representing Latvia this year.
But he didn’t only get them in the shot! They brought along Filip Adamo and Rennie Mirro as well, two experienced show directors from Sweden with the latter having staged two recent Eurovision winners: ‘Running Scared’ (Azerbaijan 2011) and ‘Euphoria’ (Sweden 2012)!

Joe talks with them about the concept behind the staging, their upcoming EP (which will be released the very same day they compete in semi-final 2, a big day for them!) and: why is the name Carousel so incredibly fitting for their band?

Carousel will be competing in the second semi-final on the 16th of May, performing their song ‘That Night’ as #5!