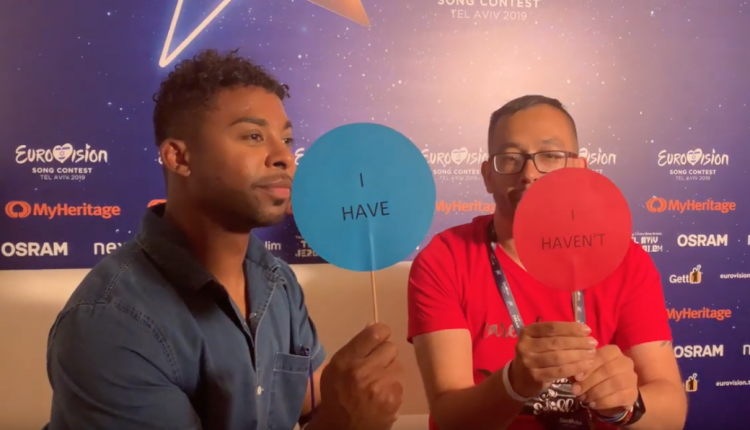 We caught up with Sweden’s John Lundvik playing the game ‘Never have I ever’, this time with the theme of love.

John talks about how his team have made changes since the first rehearsal. He says that he was nervous with the changes at first, but that he’s really pleased with how it’s turned out.

Find out below if John experienced love at first sight and if he’s ever snooped through an ex-partners phone!

Sweden will be taking part in the Second Semi final of this years Eurovision Song Contest, performing 8th. As we reported previously the country is currently the 5th favourites to win the contest.

You can see their 2nd rehearsal below:

“Never have I ever” with Leonora

Kalush Orchestra: ‘We will make all efforts to help Ukraine win next…