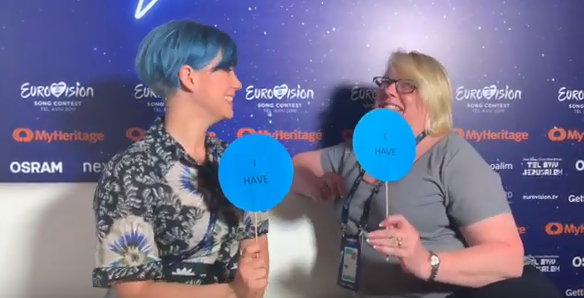 ‘Never Have I Ever’ With Pænda

Anne and Pænda talked about her upcoming album “Evolution II”, meaning behind the song and her tears. But after that, the two of them had fun, while they played a round of “Never Have I Ever”. Find out who lied about their age, took something from the hotel and more in the interview below:

Pænda will be competing in the second semi-final on the 16th of May, performing the song “Limits” as #9

Watch the official music video and let us know your impressions about it and the interview in the comments below!

‘Never Have I Ever’ With Roko