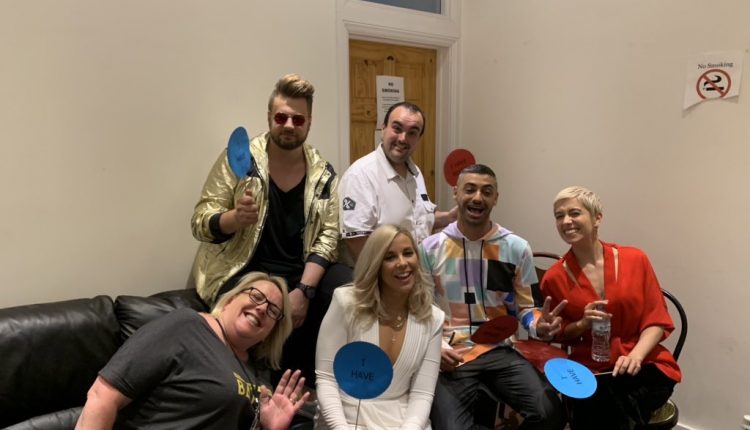 As we all know, it’s now officially the start of the 2020 Eurovision season, with every song released from today being a possible entry for the 65th Eurovision Song Contest which is to be held in Rotterdam in May.

To complete our 2019 season however, we had the glorious “Eurostarz” event at the Water Rats in Kings Cross, London, where SuRie (UK 2018) Alex Hirsoux (BEL 2014) Krista Siegfrids (FIN 2013) Glen Vella (MLT 2011) and Martin Fitch (POL 2010) treated us to reprises of their own songs and some Eurovision classics!

We wanted to have some fun with the stars, and so grabbed them all for a quick game of Never Have I Ever, where Anne finds out which star likes to get naked, who would steal a gift meant for others, and is there anyone who doesn’t pull a duck-face in a selfie?

Stick with us using the social media buttons below as we start the process of internal selections, national finals and all the news you could wish for, straight from the Bubble!