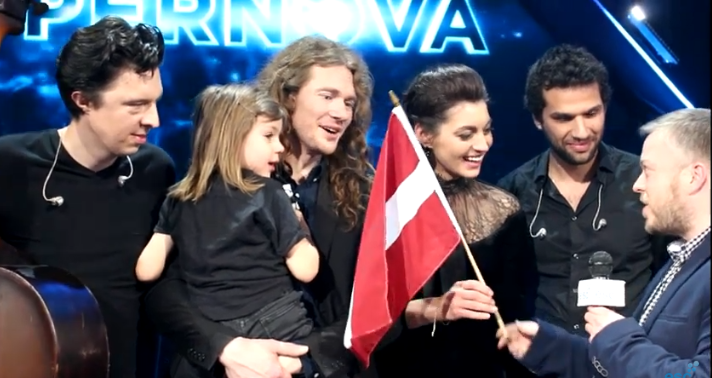 After a tense few weeks where its’ Eurovision future was uncertain, Latvian broadcaster LTV today confirmed that the selection process “Supernova” will be back for a sixth season!

Rumours had been circulating on social media since late August that Supernova’s star had shone for the last time, and LTV advised the Latvian Government that they had not yet decided if they would even participate in Eurovision. This led to executive produce Ilze Jansone’s impassioned post on Facebook, telling us that Supernova isn’t just about budget, that it was about all involved in the industry, from singers right through to photographers.

LTV’s stand alone website has today published full details about the process for 2020, to participate in the Eurovision Song Contest in Rotterdam next May. Submissions open today and close on 20th November.

Some changes have been made to the process, full details of which can be found on this link. The main change is that non-Latvians can participate in the productions, songwriting and also be part of a group, but cannot be soloists. Previous years have enforced a strict percentage of foreign national participation in the production.

So we have a date for the final! It is unknown at this stage whether we will have semi finals as well, or just a one off contest. This could well be decided after the 20th November when all the hopefuls have submitted their songs.

If you would like to take part in Latvia’s Supernova process, to become their 21st entry in the Eurovision Song Contest, follow this link

As we have done for the last 3 years, ESCBubble will have a crack team on the ground for the final and will bring you exclusive content in the run up to the final and during it, so stay tuned to our social media for all the information you could ever need!

Latvia’s participants in Tel Aviv in 2019 were Carousel with their lyrical entry “That Night” who sadly failed to reach the final, finishing 15th in the second semi final, on 50 points