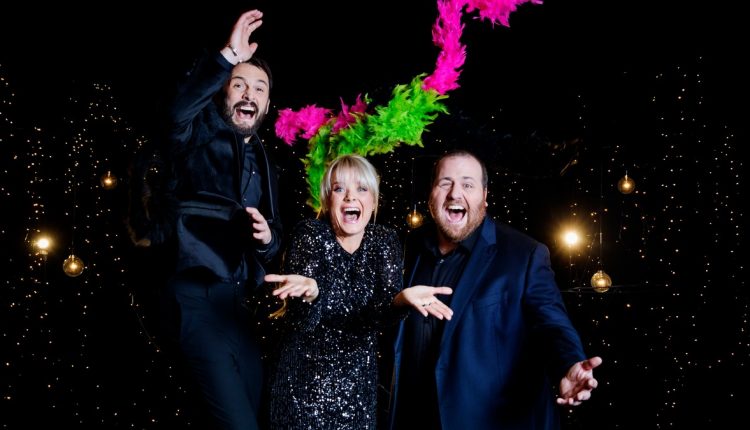 Here are the hosts of Melodi Grand Prix 2020!

In 2020, Melodi Grand Prix are celebrating their 60th anniversary! Due to this celebration, the host broadcaster NRK has decided to expand the event to six live shows. Five Semi finals at H3 Arena in Oslo, and the Grand Final which will be held in the brand new Trondheim Spectrum on 15. February!

This morning, NRK just announced that Ingrid Gjessing Linhave, Ronny Brede Aase and the veteran Kåre Magnus Bergh will have the honor of hosting the biggest MGP ever held in Norway! Ingrid is new to this concept, but Ronny has previously been a part of the jury at the Eurovision Preview shows.

I`m a bit nervous as this is somthing totally different from what I´ve done so far. However, this is all about party, music and fun. Even though I´m not a typical glamorous person, I never say no to a party.

Ronny usually hosts the radio show “P3 Morgen” (P3 Morning) which is aimed at the younger audience. When being asked his favorite song from MGP and Eurovision he says:

Internastionally it has to be Gina G – Ooh Aah Just a Little Bit. I remember I bought the CD-single. Among the Norwegian ones, I have to go with Ketil Stokkan. You don’t mess with “Brandenburger Tor”

I was absolutely overwhelmed with joy! There’s something very special to get to work with a show which I have grown up with and dreamed of for a long time.

The Grand Final of Melodi Grand Prix 2020 will be held in Trondheim on 15. February. You can watch the show live on NRK1 or NRK Nett-TV (NRK.no)

From Oslo, Norway. Have watched Eurovision as long as I can remember. My first memory was Norway’s entry in 1992.
I have been to every Eurovision since 2007, and my all time favorite song from the Contest is "Nije ljubav stvar" - Serbia 2012.

All I want for Christmas is… a Eurovision ticket!

Pauline performs revamped ‘Imagine Us’ live for the first time

Vote for YOUR favorites in the 2021 Junior Eurovision Song Contest!