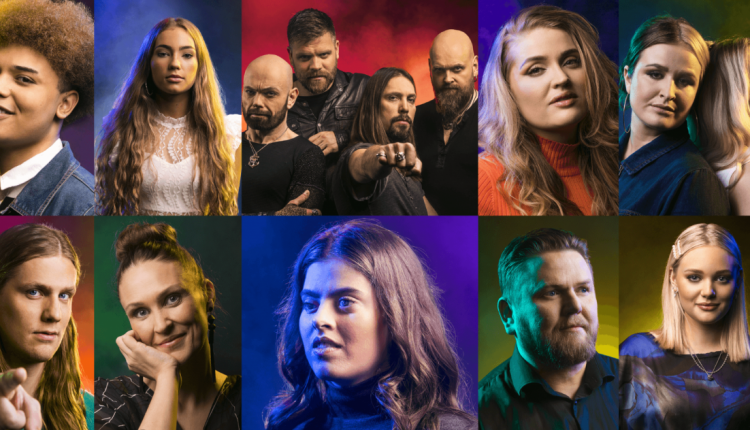 Get to know the artists and vote for your favourite of Söngvakeppnin 2020!

Icelandic broadcaster RÚV presented the 10 artists and released the songs which will compete at Söngvakeppnin 2020 in order to represent Iceland at Eurovision 2020. Like last year five acts will compete in two semifinals which will be held on 8th and 15th of February and there will be two qualifiers of each semifinal (the acts which get the most public votes) and the producers will get a chance to choose a wildcard entry from the unqualified ones and the grand final will take place on 29th of February.

The artists competing in the first semifinal and their acts are:

Brynja Mary is a girl of many talents, singer, dancer, actress and a model. She is also one of the composers of the song “ þín” and the author of the English lyrics “In your eyes”. She lived in 6 countries and speaks 6 languages.

Kid Isak has been a participant of last year’s edition of “Söngkeppni framhaldsskólanna” a music contest for Icelandic highschools.

DIMMA is a well known Icelandic heavy metal band whose singer Stefán Jakobsson is often referred to as one of Iceland best rock singers.

Elísabet has participated at Songvakeppnin 2016 with “” and reached 6th place in the final. Previously she has been known as a contender of “The Voice of Iceland 2015” and she is also a daughter of Helga Möller member of trio (Iceland ESC 1986).

Ísold and Helga is the duo consisting out of Ísold Wilberg Antonsdóttir who participated at “The Voice of Iceland 2016” accompanied by Helga Ingibjorg Gudjonsdottir a newbie to the contest and a flight attendant of Icelandair.

The artists competing in the second semifinal and their acts are:

Daði Freyr Pétursson has also known for competing at Songvakeppnin in 2017 with the song “Is This Love” he was runner up to “Paper” by Svala.

Hildur Vala was the winner of the second edition of Idol Stjörnuleit, the Icelandic version of “Pop Idol”

Matti Matt is an Icelandic singer best known for being the vocalist of Sjonni’s Friends (Iceland 2011) and he participated in national selection 2006 & 2007 and he was a finalist at Söngvakeppnin 2010 & 2011 with the songs “Out of Sight” and “” in a duet with Erla Björg Káradóttir.

Nína is a singer and a model which appeared on the cover of photography magazine.

All the songs in the semifinals will be performed in the national language – Icelandic as it is stated in the rules but in the final artist who submitted the version in another language can perform the other one. In this year’s competition, 4 acts have decided to keep their songs in Icelandic if they reach the final: Kid Isak, DIMMA, Hildur Vala and Matti Mat. While the remaining 6 acts will most likely perform their song in English if they qualify: Brynja Mary, Elísabet, Ísold and Helga, Daði and Gagnamagnið, Iva and Nína.

Vote for your favourites of 1st semifinal:

Vote for your favourites of 2nd semifinal:

What do you think of the artists and their songs? Let us know in the comments bellow!

These are YOUR favorites ahead of the second live show of X Factor Malta!

This is how the voting will work at Benidorm Fest!

This is how the voting will work at Benidorm Fest!

Steffen:”You can’t go through life or things in…

Stage and green room design for Benidorm Fest revealed by…

Pots For the Semi Final Allocation Draw Are Finalized