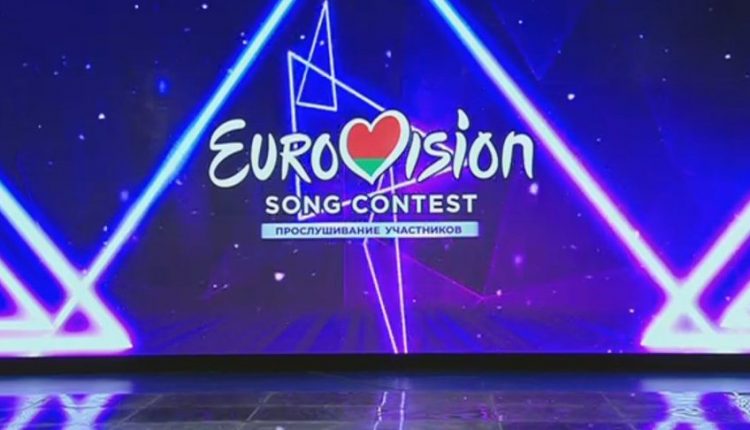 Meet the 12 national finalists in Belarus!

Today the Belarusian Eurovision broadcaster, BTRC, live-streamed the auditions of the 49 shortlisted competitors fighting for the golden ticket to Rotterdam.

And as usual it was a fascinating few hours where we had all sorts of weird and wonderful performances for the Belarus jurors to mull over.

They’ve now made their choice, so let’s meet the 12 finalists!

The first of three different Anastasiya’s to qualify, this is a mid-tempo ballad performed in a dress that has never ending layers. The arm endings seem to have been designed in a way to make your think that she should have put a leg through the hole instead. Interesting look!

This Anastasiya brings us a mid tempo bop and certainly wasn’t invisible in her big red dress. You may remember her from the 2018 entry ‘World On Fire’ which came 7th in the National Final that year.

Yep, say hello to our third Anastasiya, this time we have a song we can add to that section marked ‘Bops’. Dressed all in blue and not that dissimilar to Zena’s 2019 Eurovision Grand Final qualifier ‘Like It’, you can see why the jurors might feel inclined to send this to Rotterdam:

Angelika has been a regular at the Belarus auditions, trying out with ‘Fighting For Love’ in 2018 and finishing 9th overall in 2017 with ‘We Should Be Together’. She’s back again and also is in the queue to have a song filed under the Bops banner. She gives a sassy performance and will delighted to be back in the Final!

Not a shock qualifier to anyone who made it through the whole auditions like I did, AURA and her backing singers gave a polished performance to this well sung if ultimately extremely dated little number!

This was pretty much guaranteed to qualify after their stunning audition this morning, the group delivered an incredible vocal performance mixing ethno wails with opera and were so impressive the judges asked them for an encore. This would definitely stand out in Rotterdam!

Back to the bops with Darya, who delivered an energetic performance all in black. This really pops off in the chorus and the break is so infectious!

Another morning highlight, and another one for the Bops column, in fact this is the most Zena like song here. The girls on stage looked full of sass and the choreo was tight. “I’m like a fire, like a chili pepper”. What more do you want from a song’s lyrics?

Ok, so this isn’t a dance floor filler, but this definitely stands out as different. I’m not sure if Sasha is singing about her favourite ice cream flavour or her path in life but she definitely brought one of the better vocals today and was aptly rewarded!

A bop. although more of the low key variety, this was another one today where the competent vocal helped a lot. All in black, she was joined by a backing singer and a keyboard player. I really do dig her look and she really does sell the song well:

You didn’t think you were getting away without a full on pure ballad did you? Yan is sat at his big keyboard all suited up and delivering his ‘Fire’ with a very husky vocal. Not the most striking of songs but he definitely adds a change up the final needs and he’ll stand out for sure!

The ‘What on earth was this’ moment!

We couldn’t have had the Belarus Auditions without a complete What The Hell moment. And the lovely PAVLONI delivered that in spades. A vocal that takes you to hell and back gets topped off at the half way point with an attempt to go full on ‘Suus’. We then reach a new peak with a shouty rap that rips open your soul. It’s a moment that will live with me until death….

The 12 acts will at some future point before 6th March take part in a live National Final, which will combine a televote with a jury one. This marks a change from 2019 contest where there was no televote.

What do you think of the 12 finalists? Vote in our poll below and let us know on our social media!

Seleste – ‘I was born in the year Latvia won Eurovision’

The third song of UMK 2020 is out – listen to ‘Looking Back’ by Aksel Kankaanranta here!