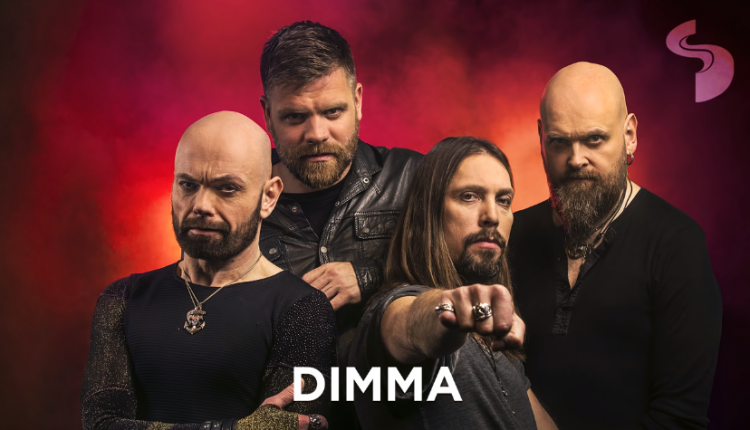 DIMMA: Lyrics of our song are about seeing the light in the dark!

We had an opportunity to chat with the Icelandic heavy metal band DIMMA formed in 2004 and now the members of the band are: Stefán Jakobsson (vocal), Ingó Geirdal (guitar), Egill Rafnsson (drums) and Silli Geirdal (bass) With the song “Almyrkvi” they will be participating at Söngvakeppnin 2020

Hello DIMMA, the bend exists for 16 years and it is really famous in Iceland and I would say also known by all the heavy metal fans all around Europe & The World. So far you released five albums, the latest one is called “Eldraunir” released back in 2017, what have you been doing since then?
Well, since our last album we have played a lot of concerts, as we usually do. We also had a new drummer join the band a year ago and at the moment we are focusing on our next studio album as well as doing Eurovision.

What inspired you to apply to Söngvakeppnin 2020?
We have often got the question “why not?” and we really didn´t have answer. So we wrote Almyrkvi and dived right in with our head first.

You composed “Almyrkvi” can you tell us what inspired your guitarist, Ingó Geirdal to write the lyrics and the story behind the song and also reveal a bit of your performance?
The title of the song Almyrkvi translates to “Total Eclipse”. Ingó´s lyrics are about seeing the light in the dark, a spiritual re-birth as the phoenix rises from the ashes.

The singer of the band Stefán Jakobsson is often referred to as one of the best Icelandic rock singers. How does that feel?
It really boosts up the ego. It is always nice to hear that people like my voice. It makes me happy.

You had the tour with Sinfonia Nord and you performed some club gigs with Sólstafir how was it to cooperate with them?
Sólstafir old friends of ours, so that was just a fun ride with friends doing what we love. The SinfoniaNord was a great experience and to hear our songs sound bigger and more epic than we could imagine was a dream come true.

Have you to of other participants? If yes then which one except your own do you like the most/is your biggest competition?
we expect to make new friends during this contest, no matter how the results will be. So we´ll keep that one to ourselves for now.

What is your first memory related to Eurovision?
The first time Iceland competed back in 1986 with “Gleðibankinn”.

Do you watch the show regularly and which song is your favourite?
I would say “Euphoria” is the best

What are your plans after Söngvakeppnin 2020?
The first thing will be to relax a bit and then go back to work on the new DIMMA album.

Do you want to share something else or you maybe have a message for followers of ?
Thank you for your support and interest in DIMMA and enjoy the show!

DIMMA will perform in the Semi-final 1 which will take place 8th of February and let us know who is your favourite of the semi-final 1 by voting in our poll below!

MGP: artists and songs of Semi-final 5 revealed! Vote for your favourites!

Benny Cristo to represent the Czech Republic in Eurovision 2020!