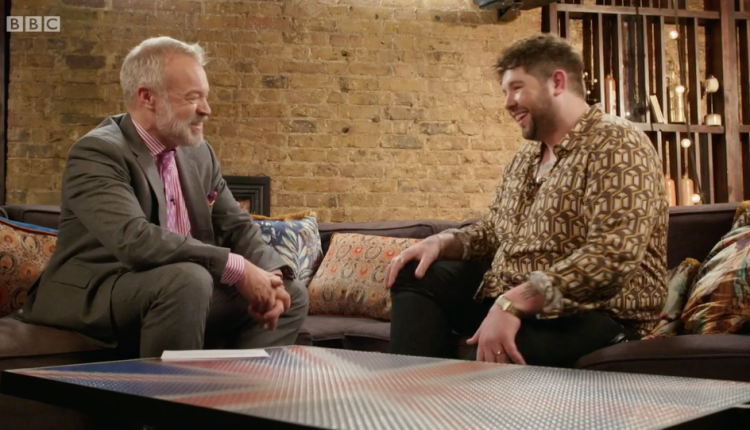 The BBC have today released an interview between Graham Norton and James Newman, where James talks about his song.

Aswell as talking about the song, James gives his thoughts on Eurovision Songs from this year and the past, aswell as giving a live performance of his entry this year.

You can see the interview by clicking here.

Previous UK entrants have also given their thoughts on the UK’s song this year with last years entrant Michael Rice saying:

Love the new @bbceurovision song by @JamesNewmanUk congrats mate, your gonna smash it!!🔥 Now for radio interviews all this morning talking all things Eurovision with all your local bbc stations🤘🏻 #eurovision #bbcradio #jamesnewman #mylastbreath #eurovision2020 pic.twitter.com/o1ICf1TxJr

Finally! Something modern. James has a wicked voice and a great calm confidence. The song itself is super catchy and I think it’ll be a grower for sure.

I personally find the verses more intriguing than the chorus but overall, it’s a huge improvement to other songs we’ve entered in the past… ahem.

Best of luck to James, you got my support buddy! Let’s bring it home!!!

I like it – I think this one is definitely a ‘grower’, and each time I listen to it, I like it more and more!

To me, it doesn’t sound like it’s been specifically written ‘for Eurovision’ – and that’s a good thing. Good luck to you, James! x

I really like it, I think it’s catchy & well produced, you can hear strong commercial melody very anthemic.

My reservations are, will James be given enough time to promote the song around Europe so our fellow Europeans can enjoy it and get use to the song, I believe this is key.

What are your thoughts on the UK’s song this year? Let us know in the comments section below!

Listen to a teaser of “Tears Getting Sober” by Victoria!

3rd wave of tickets to be released on 26th March