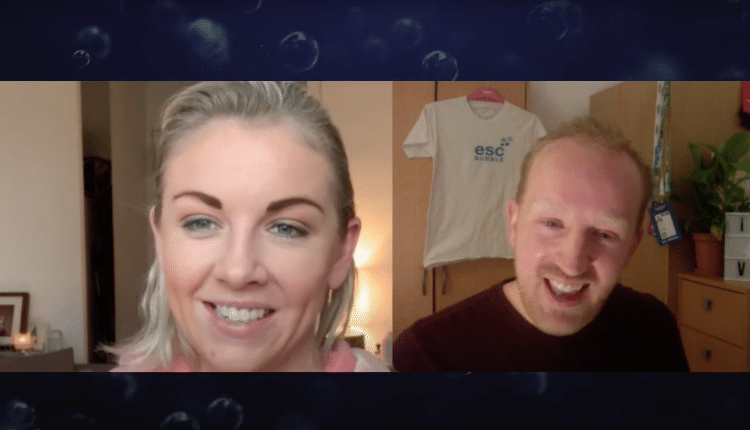 Lesley Roy: “The song is about picking yourself up and owning it”.

Our editor Matt had a chat with Lesley Roy who was due to represent Ireland in this year’s Eurovision.

Lesley spoke about how she first got into the industry aswell as how she was selected for this year’s Eurovision.

How did Lesley first get into the mainstream?

Lesley’s first song that she released I’m gone, I’m going talks of a woman who’s at the end of a relationship. The song was used as the theme for the MTV Show Exiled, aswell as being featured in an episode of The Hills.

Her second single Unbeautiful, was the title track from Lesley’s album also called Unbeautiful. It peaked on Billboard’s Pop 100 Airplay chart at number 39 and was also featured on an episode of The Hills.

Lesley co-wrote the song Slow Goodbye on her album with Katy Perry which you can see below.

Lesley collaborated with a host of other big names on the album including Max Martin, Rami Yacoub, Desmond Child, Andreas Carlsson and many more.

In late 2009, Roy paid tribute to her Irish roots by recording a cover of U2’s Where the Streets Have No Names for a video montage featured in the New York City Marathon airing worldwide.

In 2012, Adam Lambert released the album Trespassing, his second studio album, which debuted at number one on the US Billboard 200 chart, marking Roy’s first co-write on a No. 1 album for the track Pop That Lock, which was included on his second album Trespassing.

After writing for Lambert, Lesley collaborated with Danish production team, DEEKAY, Tim McEwan and Johannes Jørgensen on the song Waiting for Love for Danish singer, Medina which you can see below:

In 2016 Roy provided the lead vocals for the Entrance Theme of WWE wrestler Ember Moon in collaboration with the songwriting duo CFO$ for the song Free the Flame. You can see this below:

On March 5th 2020 it was announced by RTE that Lesley was chosen to represent Ireland in the 2020 Eurovision with the song Story of My Life.  Lesley would have performed in the first semi final on May 12th.

Lesley has since taken part in a number of online shows, such as performing this cover of John Lundvik’s song Too late for love.

Our editor Matt had a chat with Lesley which you can see below:

What do you think of Lesley’s song? Let us know in the comments section below!

Exclusive interview with Tajči along with her 30th Eurovision Anniversary

Vesna: ‘Our group is all about Slavic themes and motives’