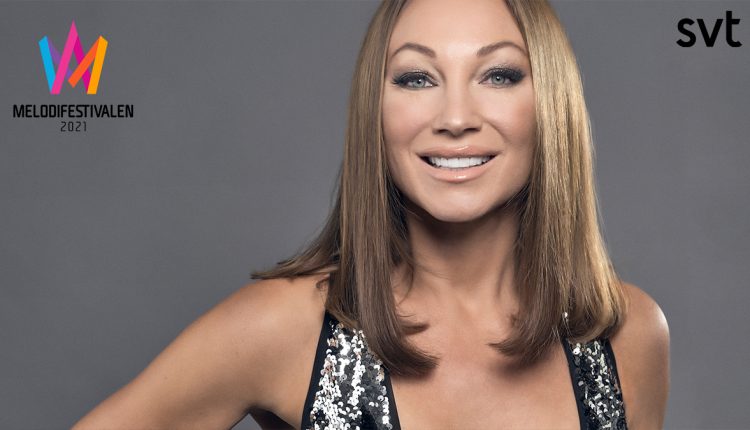 Yesterday we learned the first nine artists set to participate at next years Swedish national selection show – Melodifestivalen 2021. Danny Saucedo, Lovad, Kadiatou, Mustasch, Eva Rydberg & Ewa Roos, Emil Assergård, Tess Merkel, Paul Rey & Arvingarna will all be participating and today SVT released the next batch of nine performers. Again there are some big names in the mix with some newcomers so check out all participants announced below.

Dotter was the first participant confirmed today to be returning to the competition. Despite an unsuccessful debut in 2018 with ‘Cry’, Dotter still picked up a huge fanbase which then saw her place second in the final earlier this year with ‘Bulletproof’ – only one point short of winning the entire competition. Speaking of her song for this year – ‘Little Tot’ – Dotter said:

“It’s about becoming more aware of our ego. The song is almost like an uptempo lullaby, singing to the child that it should not do the same mistakes as we’ve done, when it grows up.”

A revered songwriter and performer, Dotter has been releasing music since 2014 typically in the indie-pop genre. Her unique voice has been successful on many infectious tracks over the years including ‘Evolution’, ‘Backfire’ and ‘Heatwave’. Check out her second place performance of ‘Bulletproof’ here:

Elisa was second to be announced this morning, another veteran to Melodifestivalen. Her first appearance came as part of group Lali back in 2006 with “Du får ta mitt hjärta”. The group finished sixth in the competition and for many years was Elisa’s only appearance. Since 2009, Elisa has been the lead singer of dansband group Elisa’s, who have released numerous Swedish language hits over the past decade.

She reappeared at Melodifestivalen for her solo debut back in 2014 singing ‘Songbird’. However, in a tough heat the song failed to qualify out of the semi final placing 5th. Her song for 2021 sounds like it could be a fantastic dansband/country track so we look forward to welcoming her back to the Melodifestivalen stage!

Third up today is Lillasyster very much adding to the diversity of the contest. In a competition which usually only has one rock band a year if any at all, rock and metal fans will be very excited to hear about Lillasyster’s debut. They describe themselves as an alternative metal, hardcore punk band and have been releasing music since 2014! Headed up by frontman Martin Westerstrand they have released four albums to date.

Music fans that are less involved in the heavy rock genres may however recognise them for their successful rock covers of Rihanna’s ‘Umbrella’ and Katy Perry’s ‘Roar’.

Another Melodifestivalen debut next in the form of powerhouse vocalist Frida Green! She debuted on Swedish television back in 2018 when she completed in Talang – Sweden’s version of the ‘Got Talent’ franchise. Whilst not much is known about her, fans will surely be excited looking at that list of songwriters.

Anna Bergendahl is back at Melodifestivalen as a songwriter after two very successful years of reaching the final with ‘Ashes to Ashes’ and ‘Kingdom Come’, whilst Bobby Ljunggren, David Lindgren & Joy Deb have also all been behind some big hitters over the years.

A big name next in Charlotte Perrelli! Two-time Melodifestivalen winner Charlotte is undeniably a huge favourite amongst Schlager fans, having even won the Eurovision Song Contest for Sweden back in 1999 with ‘Take Me To Your Heaven’ before returning to the contest in 2008 with ‘Hero’ which placed 18th.

‘Still Young’ marks Charlotte’s fifth appearance at Melodifestivalen and with that songwriting team behind the entry it already has us excited for what she’ll be bringing!

Patrik Jean makes his Melodifestivalen debut as an artist however he’s back off the recent success of his work as a songwriter. Jean was part of the team behind The Mamas winning 2020 song ‘Move’.

However, he isn’t the only ‘Move’ songwriter back as the team behind ‘Tears Run Dry’ are the exact same trio that wrote the 2020 winning Melodifestivalen track. Does this bode well for Patrik and can the team do the double?

WAHL & SAMI are teaming up for their Melodifestivalen debut. The two rappers are both from previous hip-hop duos Medina and SödraSidan and have released very on-trend music over the past two years.

With the huge success of Anis Don Demina’s Melodifestivalen hip-hop song in 2020 (‘Vem e som oss’) there is definitely a market for these two to team up and bring something different to the contest.

Another newcomer to the competition, Nathalie Brydolf is another Idol alumni. Competing in 2018 alongside previously announced Kadiatou, Nathalie placed sixth on the show. On the show she proved her performance ability covering a range of artists and genres; from Stevie Wonder to Shania Twain and from Aretha Franklin to DNCE. With such a wide range of strong performances and a previously successful songwriting team behind her, she definitely has a lot of potential!

The ninth and final confirmation of the day is none other than Anton Ewald! Starting his career as a background dancer, including some memorable performances such as Velvet at Melodifestivalen 2009, he made his solo artist debut in 2013 with the pop song ‘Begging’.

He had a successful debut, going on to place fourth in the final after qualifying through Andra Chansen. He then returned a year later with ‘Natural’ which unfortunately did not do so well however still commanded a respectable 10th place in the 2014 final. Since then he has continued to release music and now seven years later he’s back at Mello! Check out his performance of ‘Begging’ from 2013 below.

KAN revealed 9 songs vote for your favourite to represent Israel at Eurovision 2021!

Steps discuss Eurovision in an interview with BBC

Moldova won’t be making their return at Junior Eurovision 2021!

Austria Won’t Be Making Their Debut At Junior Eurovision 2021!

Salvador Sobral apologises for comments made after Eurovision victory