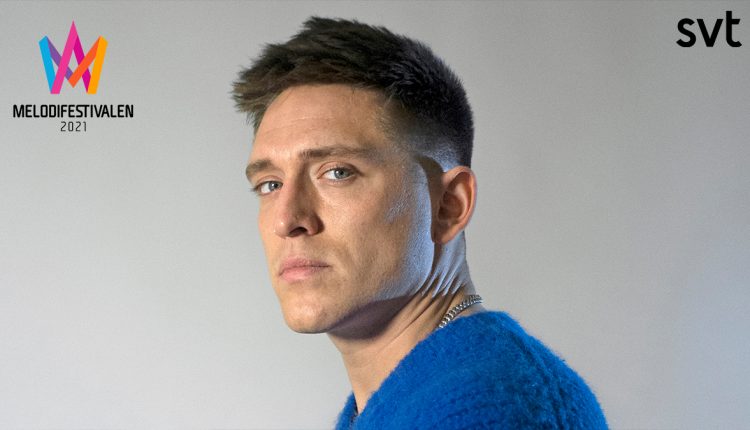 Today Swedish broadcaster SVT began revealing the 28 artists lined up to participate in the upcoming Sweden’s Eurovision national selection Melodifestivalen 2021. With Coronavirus meaning the usual press conference & runway-style reveal was unable to take place, SVT have instead been drip feeding the reveals to us one at a time per hour.

Within these reveals we have some big names from the past and some new newcomers sure to rise to the challenge. Check out all nine confirmed artists below.

Danny Saucedo was the first to be revealed this morning – a huge name from the past that Melodifestivalen fans will be sure to remember. Starting his career Idol 2006 where he placed sixth, he teamed up with fellow Idol alumni Erik Segerstedt & Mattias Andréasson to form boyband E.M.D. They participated in Melodifestivalen for the first time in 2009 with the song ‘Baby Goodbye’ where they went on to place third in the final before the group went on an indefinite hiatus the following year.

He has since returned to Melodifestivalen twice as a solo artist- placing second to Eric Saade in 2011 with ‘In The Club’ and in 2012 where again he placed second to Loreen with ‘Amazing’. In 2013 he returned as the host but fans will surely be excited by his long-awaited return to the competition.

She may be new to the Melodifestivalen stage however she is in good hands as there are some very experienced and successful songwriters behind her track include E.M.D’s Mattias & Albin Johnsén.

Another newcomer was the third to be announced – Kadiatou came to fame in Sweden back in 2018 where she played second in Idol. Some of her performances on the show include ‘Diamonds’ and ‘Make You Feel My Love’, showing off her versatility as both a stunning vocalist and great performer. Her style has in the past been compared to that of Rihanna and with the Deb’s & Anderz Wrethov all involved in her song she is sure to make a splash on her Melodifestivalen debut.

Ralf Gyllenhammar is back! The musician behind 2013’s sixth place ‘Bed On Fire’ is another that fans have long-awaited his return to the contest. This time he is bringing the rest of his heavy metal band Mustasch. Forming in 1998, the band have seen a very successful career – releasing 11 albums and numerous demos and EPs. It is their first time as a band at Melodifestivalen however it is always great to see some rock at the contest and there is no doubting that self-penned track will be setting the stage on fire. Check out Ralf’s last appearance at Mello below.

Eva & Ewa will be bringing their entertainment expertise with over 100 years of performance experience between them! The duo are famous across Sweden for their theatre and television performances and whilst we can’t tell you what their song will look like there is no questioning that it will be entertaining!

Emil Assergård is another debutant at Melodifestivalen with three albums under his belt. He specialises in Swedish language music so will be bringing that flair and experience with him. In 2019, Emil was even nominated for the Rockbjörnen ‘Male Live Performer of the Year’ so it sounds promising!

Tess Merkel is finally making her Melodifestivalen solo debut! Fans will most likely know her as being one of the founding members of pop band Alcazar. As part of Alcazar, she has performed at Melodifestivalen 4 times to date in 2003, 2005, 2009 and 2010. Despite never winning, the group did see huge amounts of commercial success both in-and-out of Sweden. Her entry “Good Life” could well be a fan favourite in 2021, but can she replicate the success of her other band members solo appearances?

Paul Rey is back! Paul had a very successful debut at Melodifestivalen last year with ‘Talking In My Sleep’ which qualified for the final through Andra Chansen before placing 6th.

It’s been a busy year since for Paul, releasing new music including ‘Mistakes’ and more recently ‘Richest Man Alive’. He has also just welcomed his daughter in the world who was born last month. Paul is likely to be one of the hot favourites to take the win next year but enjoy his performance from this years final below.

And the final reveal of the day was Arvingarna! A band with a long history at the contest, this will mark their sixth appearance at Melodifestivalen. The band won their debut back in 1993, where they then went on to represent Sweden at the Eurovision Song Contest with ‘Eloise’. Since then, the dansband have continually released music over the past three decades with a large amount of commercial success.

Their most recent Melodifestivalen appearance came last year in 2019 where they reached the final through Andra Chansen with ‘I Do’ – a fun and camp bop. The group have a star-studded line-up of songwriters within their team, including ‘Carpool Karaoke’ legend herself Nanne Grönvall and the ever-reliable Thomas G:son.

Stay tuned tomorrow as SVT release the next nine names that will be competing at Melodifestivalen 2021. The final ten names will then be announced on Thursday 3rd December.

Senhit releases another cover as part of her Freaky Trip to Rotterdam!

Participants of Dora 2021 to be revealed on 15th of December!

Moldova won’t be making their return at Junior Eurovision 2021!

Austria Won’t Be Making Their Debut At Junior Eurovision 2021!

Salvador Sobral apologises for comments made after Eurovision victory