It is already known that Go_A are going to be the Ukrainian representative at Eurovision 2021 and they recently released a new song “ШУМ“ which isn’t their Eurovision entry, their song with which they will be competing at the contest will be decided by a 5 member jury and for the first time since 2004 audience will have no say in choosing the entry with which Ukraine will be represented at Eurovision Song Contest.

The jury members are: 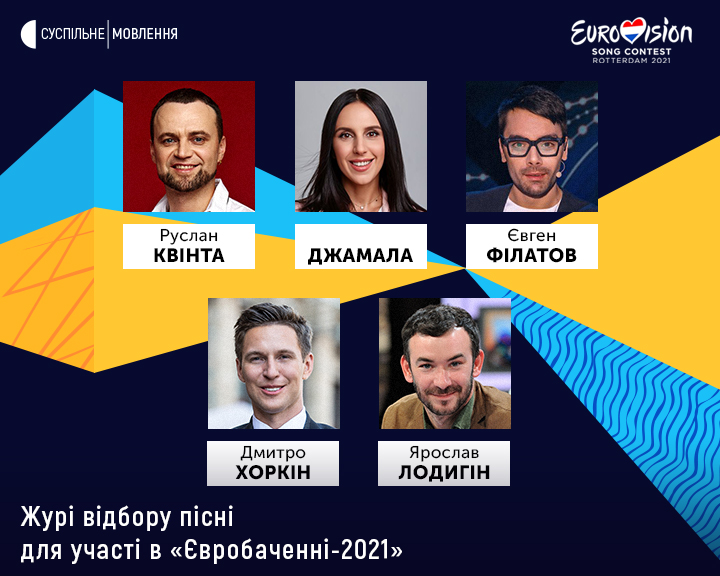 I think Go_A is having a tough time to decide which songs are they going to present to the jury, because now there is a huge pressure on the creative team in the hope they will at least repeat the success of last year’s song, which won the National Selection for Eurovision 2020. Songs like the previous one or even better ones are expected from them, so that there are higher chances for a great placement at Eurovision. I hope that from the material that will be presented, we will manage to find such a song. I wish that this additional selection does not become a big pressure for Go_A and that they go trough it achieving the great success and represent our country with dignity Yaroslav Lodygin

According to the selection rules , Go_A must present at least two songs to the jury and then the jury’s vote will determine which song is going to represent Ukraine at Eurovision 2021. The voting will then go as follows each member of the jury will evaluate the songs submitted with points from 1 to 5.  The song that scores the most points will be the winner of the selection. In case that two or more songs receive the same number of points, the winner of the jury will be determined by voting by a qualified majority (more than 50% of the jury). In this case, each member of the jury can vote for the song only once. The results are expected to be announced by 10th of March.

What do you think of selection method which is going to be held in Ukraine? Let us know in the comments below and at our social media links!

Songs competing in Dansk Melodi Grand Prix to be revealed on 10th of February!

Victoria’s Eurovision 2021 song will be on her coming first album!