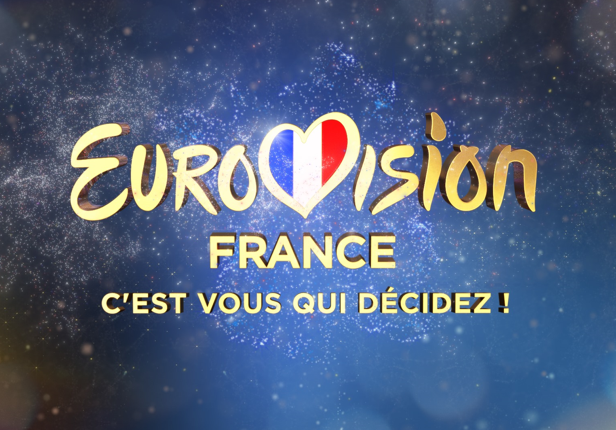 This afternoon, behind almost closed doors, France Télévisions held the press conference about its national final for Eurovision 2021. Surprisingly, very few journalists were invited to follow the event in situ, and no streaming was provided, unless for a few selected fans and some more journalists.

The press conference, which was held at the Apollo Théâre in Paris, was presented by Laurence Boccolini, one of the 2 presenters of the final, and the French commentator for Rotterdam. Other TV personality Stéphane Bern, who could not attend the press conference, will nevertheless join her on both occasions.

All 12 hopefuls attended the event, and they were given the opportunity to perform (live), 90 seconds of their respective entries.

Long awaited details about “Eurovision France: C’est Vous Qui Décidez!” (You’re the ones to decide) have been disclosed. So what do we know?

WHERE? Despite what had been announced back in June, and because of the pandemic, the French final won’t take place in some French city. Everything will happen in Paris, most probably in the Plaine Saint-Denis TV studios (just like “Destination Eurovision” actually). During the press conference, pictures of the stage design were also revealed.

THE JURY. As expected, a jury of 10 personalities will help the public choose a winner. The names of those “more than usual” relevant jurors have now been disclosed:

Amir, Eurovision 2016 French entrant, will be the chairman of this jury

Marie Myriam, last Eurovision winner for France, back in 1977.

Duncan Laurence (do I need to introduce him?)

Chimène Badi, a popular singer who ended up 3rd in “Destination Eurovison 2019”.

Augustín Galiana, a Spanish comedian, singer and dancer, who is getting quite popular in France by acting in a famous TV series and by winning “Danse Avec Les Stars” (Dancing with the stars).

André Manoukian, a musician, composer and TV personality, member of the jury in “Destination Eurovision 2019” and former French commentator.

HOW? The way the winner will be chosen has also been revealed, and it is quite different from the former French national finals. First, out of the 12 acts, the public will select 7 songs to proceed to the final. Then, the jury will give its wild card (called “Euro-ticket”) to an 8th song. During the final stage, out of the 8 songs, one will be chosen, both by the public and the jury (50/50).

AN AUDIENCE? As of today, France Télévisions wants the final to be held in front of a live audience. Nevertheless, the pandemic situation in France will decide if this is possible or not. Both options are still being considered by organizers.

WHERE TO WATCH THE SHOW? Obviously, “Eurovision France: C’est Vous Qui Décidez” will be broadcast live on the France 2 channel. The show will also be streamed on the france.tv website, and without any geographical restriction so that all fans, wherever they are outside the Hexagone, can share the moment.

WHEN? This is the piece of information we were all waiting for, and the answer is “bientôt” (soon). Believe it or not but not date was disclosed today and we will have to wait a little bit longer to update our agendas.

So France is definitely getting ready for a big show, somewhat different from “Destination Eurovision”. Before the D-day, feel free to share your opinion on the 12 French hopefuls in our poll:

Who should represent France in Eurovision 2021?
Total Votes: 1760
Voting is closed
Share FacebookTwitterGoogle+ReddItWhatsAppPinterestEmail

Artists competing at Festival Da Canção 2021 to be revealed on 20th of January!