Mia Negovetić: “Thanks again to Ellen DeGeneres and Steve Harvey for the invitation.”

Dora 2021 will soon select 2021 entrant for the upcoming edition of the Eurovision Song Contest and this time we were extremely happy to speak to Dora returneé, Mia Negovetić, who’ll go and try to win the competition with her song She’s Like a Dream.

Mia, first of all – hi – and congratulations on being selected to compete at Dora 2021!
Hi! Thank you so much! I am really excited to have a chance to get up on Dora’s stage again.

We’re happy to see you back again, as you competed already last year – what kind of memories do you have from performing ‘When It Comes To You’ on the big stage?
First of all, it was a great and new experience for me. Feeling of standing and performing on Dora’s stage is amazing! I met so many amazing people and one of the best memories are looking at my friends that were with me on the stage, they made me feel much more comfortable and energetic! Also, making of the song was with the amazing crew, Deniz Jamm, Anderz Wrethow and Linnea Deb, the energy was so positive and warm. I’m so glad we made a song for Dora 2021 again!

You came second last year – was it hard to decide if you’d apply for this year as well?
It wasn’t, it’s even more challenging this year, and I like to be challenged 🙂 I was really thrilled being second, Damir Kedžo won and I’m sorry that Eurovision Song Contest was cancelled last year. I’m proud of myself and happy with last year’s result and I’m happy that people in Croatia recognize the song, even sang on English. New Dora is a new competition, who knows what could happen 🙂 It would be a great honour having a chance to represent Croatia in Rotterdam. I’ll do my best on Dora and we would see what it would be enough for this year 🙂

In early 2016 you appeared on NBC’s television series Little Big Shots where you performed rendition of Beyoncé’s “Listen” – was that experience remarkable for your upcoming career?
It was! That’s one of the best memories I have. I remember standing up there on that big stage and thinking: “Wow, I can’t believe I’m here!” That moment was one of them where I realized I belong on the stage, singing and dancing, and that music is something I never want to stop working on. Thanks again to Ellen DeGeneres and Steve Harvey for the invitation.

Just like last year, you’re heading back to Dora stage with a song ‘She’s Like a Dream’, which is composed by the Eurovision veterans, what can you tell us about the song?
The song is different than the last year’s. It’s harder to sing and it has faster rhythm. It reminds me of 80’s disco songs, which I like a lot! I hope that people recognize the song like we did while making it. I’m sure it’ll be great show on the stage. Can’t wait 🙂

Do you consider yourself as an Eurovision fan?
Yes, I love watching Eurovision Song Contest, because it’s always a great show with great production and songs. It’s actually really hard to choose the best songs, there are so many good ones, but my top three would be “Alcohol you” by Roxen, last year’s competitor, “Tears Getting Sober” by Victoria, also last year’s competitor, “Heroes” by Måns Zelmerlöw, from 2015. Euphoria by Loreen is also one of the songs I like to sing on my stage performances. 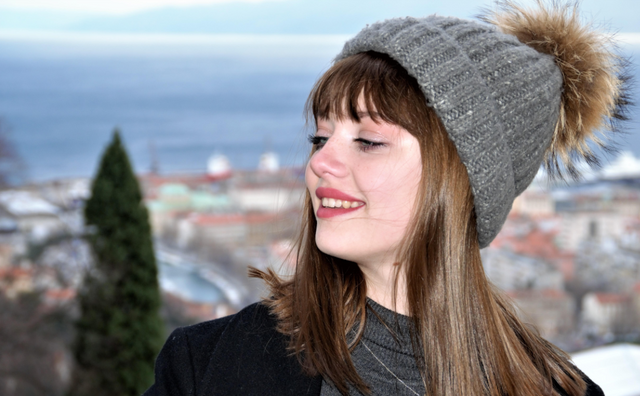 Last but not least – what is your final message for all international fans abroad at the ESCBubble?
I really hope that the “Corona situation” stops and that our lives turn into normal as soon as possible, so everyone enjoys life, music and dances with all of us, and I want everyone to have fun!

Croatia will select it’s entrant through Dora 2021, which will take place on February 13th. Mia Negovetić will perform her entry She’s Like a Dream. Based on the 1 minute snippets, vote for your favorites in Dora 2021! You can vote for up to five songs!

Based on the 1 minute snippets, vote for your favorites in Dora 2021! You can vote for up to five songs!
Total Votes: 2891
Voters: 1517
Voting is closed
DoraDora 2021Eurovision Croatia 2021Mia NegovetićShe's Like a Dream
Share FacebookTwitterGoogle+ReddItWhatsAppPinterestEmail

There are 6 songs in the race to be the next entry for Azerbaijan at Eurovision!

Dansk Melodi Grand Prix will have a virtual audience wall!