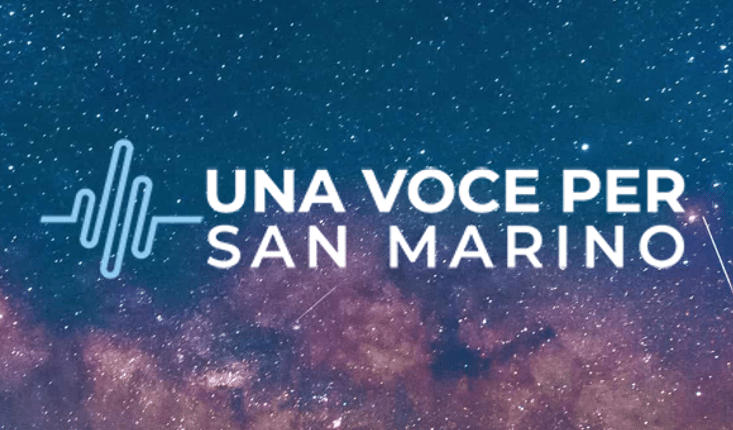 This morning, live from RTV studios in San Marino City, the broadcaster of the tiny republic held a special programme to introduce its new national final for Eurovision 2022.

The programme will be called “Una Voce Per San Marino” (A voice for San Marino) and will be held over several months.

Following the example of Sanremo Festival, the process will be split into two parts, one for “I emergenti” (emerging artists) and then a final where they will be joined by “I big” (established artists). The selection process will only involve newcomers since “I big” will be internally selected.

The several stages of the process:

1/ ELIGIBILITY VERIFICATION: From today, and until January 8th, any newcomer artist (whatever the nationality) can send his bid to RTV by registering on the www.unavocepersanmarino.com website. From there, they will get a first feedback, and may be selected to proceed to the next stage.

2/ ACADEMY & CASTING: This stage will take place in San Marino. 2 sessions will be organised ( December 13-19 and January 5-11). During this second step, artists will be evaluated by a jury and approximately 40 “emergenti” will  proceed to the next phase. The number of semi-finalists, as well as the number of session may vary though.

3/ SEMI-FINALS & FINAL: RTV will hold 4 semi-finals and a second chance round, in Teatro Titano in San Marino City, on 5 consecutive evenings (February 9-13). The voting will be made by a jury only. 16 artists will then be selected for the final. Once again, the exact number of finalists can vary. The “emergenti” final will be broadcast on February 16th. The top 9 artists will proceed to the Grand Finale.

4/ “FINALISSIMA” or GRAND FINALE: Teatro Nuovo, in the town of Dogana (the largest venue in San Marino) will host this Grand Finale on February 19th. The line up will be composed of the 9 “emergenti” and 9 internally selected “big”. The 18 artists will have to perform live a song of their choice, with an orchestra. A jury of experts (appointed by RTV, the Secretary of State and the Media Evolution production company) will decide the winner who will hence represent the Most Serene Republic of San Marino at Eurovision 2022 with the song he/she performed during the Grand Finale.

You can read the ful rules of this brand new contest on the RTV official website.

During this introduction programme, a tribute was paid to some artists that have waved the Sammarinese flag at Eurovision. Valentina Monetta was there, remembering her 4 participations and saying how happy she was San Marino was taking the contest seriously. Serhat also appeared on a video to wish San Marino good luck on this new adventure.

Ben Mawson on The UK: We want to see this as a development for a career