Meet The 12 Candidates Of The Ukrainian JESC 2021 final!

UA:PBC has just published the list of candidates that have been selected to compete at the 2021 Ukrainian national final for the Junior Eurovision Song Contest. The broadcaster received a total of 118 applications, but only 12 soloists will perform at the live show that is set to take place on October 23rd.

Earlier this year, the Ukrainian broadcaster launched a call for songs and artists for their national selection process for Junior Eurovision. Kids with or without a song were invited to submit their applications for the chance to enter the live national final show. This year, UA:PBC is back to a live final after having been running an online selection process for three years. A professional jury panel listened to all the works and candidates and shortlisted 12 that will compete for the ticket to Paris later this month:

(The singers without a song will be given one by UA:PBC) 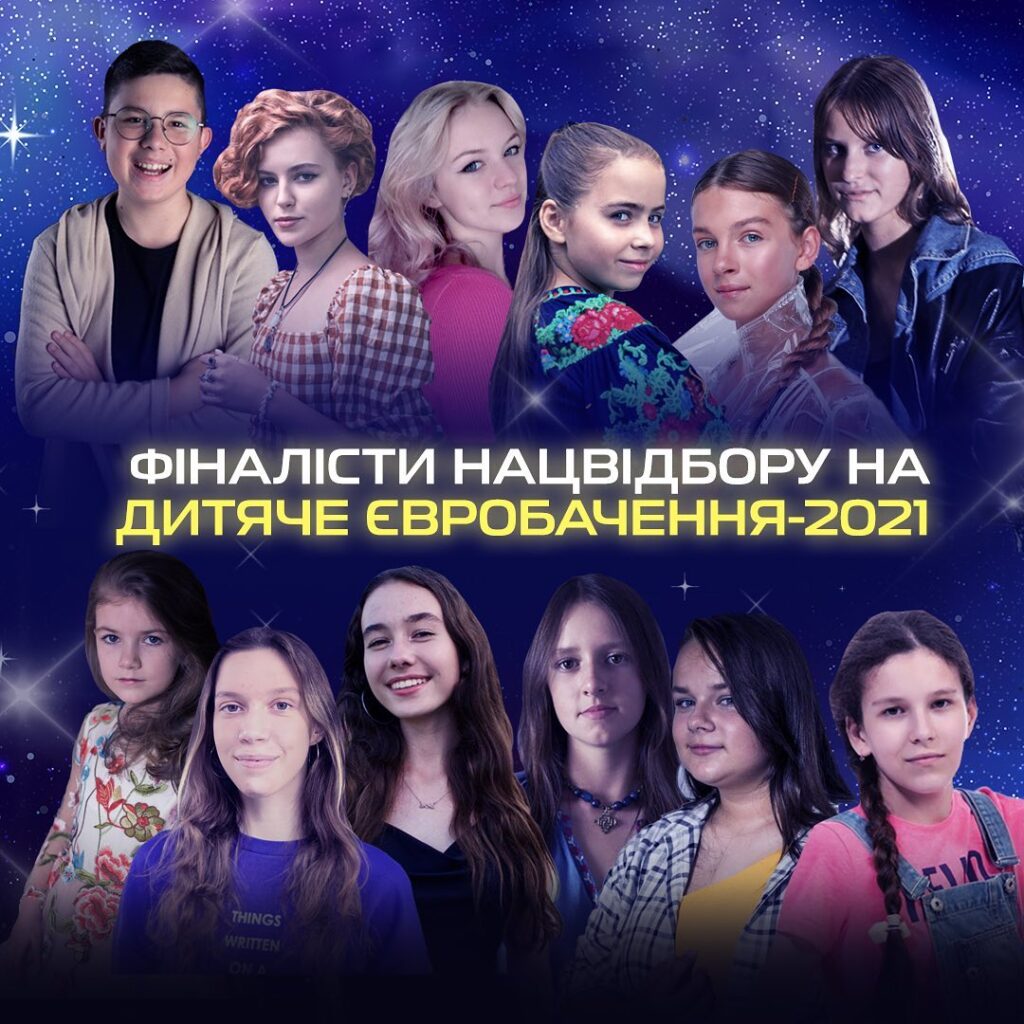 At the national final, all the singers will perform their original songs for the audience and an expert committee, who will decide the winner after an equal combination of votes. The public will have the chance to vote for their favourite songs online. You can listen to snippets of the finalists’ video submissions below:

Ukraine has competed at every Junior Eurovision edition since its debut in 2006. In 2012, they won the contest with Anastasiya Petrik and her song ‘Nebo’. Last year, Oleksandr Balabanov represented his country in Warsaw performing ‘Vidkryvai (Open Up)’ and managed to get 7th place.

Jovana and Dunja to represent Serbia at Junior Eurovision 2021!