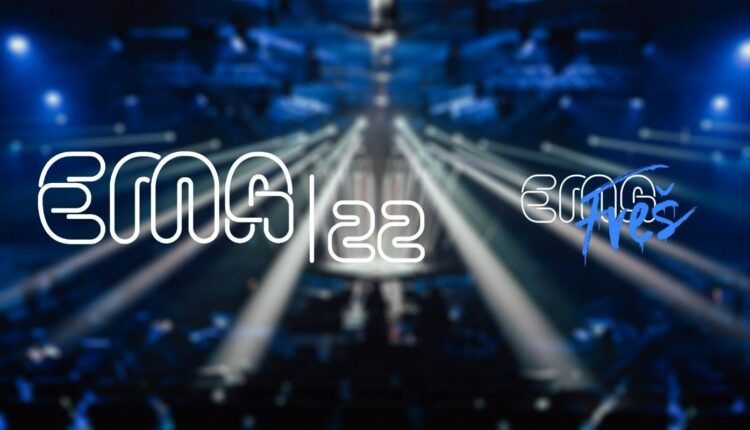 In the beginning of October Slovenian broadcaster, RTVSLO has revealed that EMA will be back to select their entrant for Eurovision 2022 and they opened the applications for both EMA and EMA Freš. Today it has been revealed that the total of 127 entries were submitted for both.

EMA Freš is the special round for new artists up to 30 years old who haven’t published more than three songs. It will be held for the second time (first one was in 2020). Last time it featured 18 acts out of which 2 qualified to EMA 2020 and this time it will feature 24 acts out of which 4 will qualify to the semi-finals of EMA 2022. Those acts will compete each day for four weeks in order to select the best 14. The next phase includes two televised shows in January. Each show will feature seven acts and two best placed acts from each show will qualify to the semi finals of EMA 2022.

As of EMA 2022, out of all submitted entries 16 will be selected and joined by the 4 winners of EMA Freš the 20 acts will be split into two semi-finals. The best 6 acts of every semi will qualify to the grand final which will feature 12 songs. The winner will be decided by televoting (50%) and jury votes (50%).

The last winner of EMA was Ana Soklič with “Voda” in 2020, after the contest got cancelled she was internally selected by RTVSLO to be their entrant for Eurovision 2021 with “Amen”

What are your expectations of EMA 2022? Let us know in the comments below and at our social media links!

Dunja and Jovana are rehearsing for Junior Eurovision 2021!