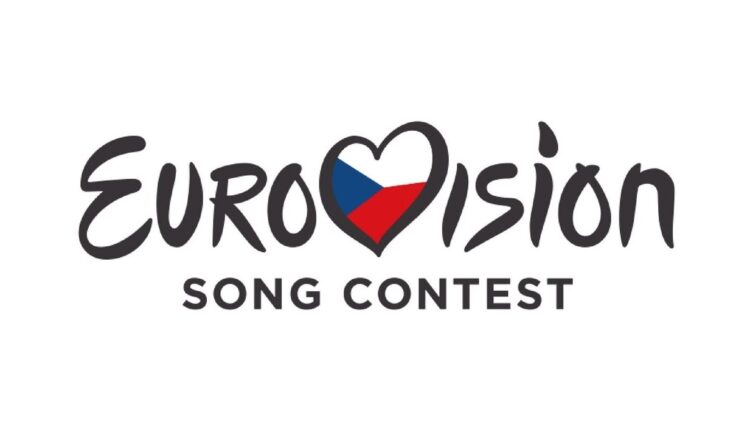 Awaiting their first ‘Czechmate’ – A look back at Eurosong and ESCZ through the years!

Ahoj! This week is all about the Czech Republic, a country still awaiting its first Eurovision victory! Broadcaster Česká televize (ČT) has been teasing us over the last few weeks with scant details about this year’s edition of the Czech national selection, ESCZ. Now that the artists and songs have finally been revealed, what better time than now to look back at the Czech Republic’s not-so-long road to their 10th Eurovision this May in Turin!

As with many countries that made their debuts in since the 1990s, it was a rocky start for the Czech Republic as well. After considerations for debuting in 2005 and 2006, ČT announced in April 2006 that it would send a delegation to the 2007 Contest, and its artist would be chosen via a national final. ČT reached out to popular artists in the Czech Republic as there was no application process. It is speculated that many big names turned down the offer to compete.

Eurosong 2007 showcased 10 artists vying for the ticket to Helsinki – or at least it was supposed to. Helena Vondráčková was disqualified just before the final, for releasing her song too early. She proposed a new song, but withdrew herself due to dissatisfaction with the voting process. Furthermore, two artists (L.B.P., as well as eventual winner Kabát) changed their songs less than a month before the national final.

In 2007, the songs were released before the final, and SMS voting began two weeks before the final, where the nine acts were shown, followed by a break, and then the display of the televoting results. A hard rock song, Malá dáma (Little Lady) by Kabát, won by over 3,000 votes. Coming in third place in 2007 was Sámer Issa with the song When I Am With Her. Say what you will about the song (and performance) the video does give a glimpse of the efforts ČT went through to stage their debut national final!

Perhaps they were unfortunately doomed to fail from the start in a year when a Balkan ballad won the hearts of Europe. Malá dáma got one lonely point from Estonia, and finished last in the semifinal. Undeterred, ČT confirmed its participation in Eurovision 2008, and the return of Eurosong as its national final. Again, ČT contacted artists it wanted in Eurosong. A list of 10 songs were revealed to the Czech public two weeks before the final when televoting and online voting began. Three artists were back for a second time – L.B.P., Sámer Issa, and Gipsy.cz.

Prior to Eurosong 2008, ČT confirmed they were looking for a pop song with a better stage show, and that’s what they ended up with. In 2008, the televote information was not revealed, and 2nd to 10th places were not made public. At the end of the show Tereza Kerndlová and her pop song Have Some Fun were victorious (see her Eurosong performance below). Despite a press tour across Europe and performances in Malta, Ukraine, and Latvia, Have Some Fun finished second last in its semi final in Belgrade, with only 9 points.

Perhaps hoping the expression ‘third time’s a charm’ would work in their favour, ČT confirmed a third consecutive participation for Moscow 2009. However this time, the Eurosong national final was altered as ČT opted to internally select the Romani hip hop band Gypsy.cz, who had placed in the top three in both Eurosong 2007 and 2008.

The band presented two songs, and the Czech public had two weeks to televote for either Aven Romale or Do You Wanna. In the end, Aven Romale was announced as the winner during the ČT Anděl Music Awards, broadcast on ČT1. If you’ve ever wondered how hip hop would mix with baroque music and penguins, have a look at the song that wasn’t chosen:

Gypsy.cz performed in the dreaded second position in their semi-final, and finished the night in last place, with 0 points, becoming the 16th song since 1975 to achieve nul points. Perhaps unsurprisingly after three consecutive years of abysmal results, ČT announced they would not participate in Eurovision 2010, citing a lack of interest from the Czech public (and not the poor results!).

Almost six years would pass before, as if out of the blue, ČT announced in November 2014 (fairly late) that a Czech delegation would head to the Contest in Vienna 2015, and that the song and artist would be chosen internally. Composer Ondřej Soukup was asked to write three songs. A professional jury (consisting of music journalist Honza Dědek, talent scout Martin Červinka, editor at Czech Radio Jitka Benešová, musician Michal Hrůza and singer and musician Michael Kocáb) would, together with ČT, select the Czech song for Vienna.

On 31 January 2015 Marta Jandová and Václav Noid Bárta were revealed as the artists who would fly the Czech flag to Vienna with the song Hope Never Dies. Soukup’s other songs were never revealed. Marta is best known as the lead singer for the German alternative rock band Die Happy. Václav is also no stranger to the music scene. He formed the Czech nu-metal group Dolores Clan and the band Noid Crew, as well as staging many musical theatre productions in the Czech Republic.

The duo managed the Czech Republic’s best result at Eurovision to date, 33 points in their semi-final and 13th place. They did perform just before Israel’s hit Golden Boy, and the Czech ballad may have been somewhat forgotten by juries and voters alike.

Undeterred, ČT did another internal selection for Eurovision in Stockholm 2016. Gabriela Gunčíková was chosen to sing the ballad I Stand. Gabriela made history in Semi final 1 when the Czech Republic was announced as having qualified for the final.

Gabriela performed in the undesirable second spot in the running order in the Grand Final (can you also here Graham Norton reminding you that no one has ever won performing in the second spot?), and got 41 points from the juries, which was amazing because the televote gave her 0 points. But hey, just stepping on stage in the Grand Final was an accomplishment in itself! She had already done better than any previous artist for the Czech Republic.

In an attempt to repeat this feat, ČT announced another internal selection for Kyiv 2017. It was another female vocalist singing a ballad, this time it was Martina Bárta singing My Turn. Prior to the Contest she went on tour across Europe, stopping in the Netherlands, Israel, Latvia, and the UK, to promote My Turn. Sadly, she drew a tough semi final (competing against the likes of Salvador Sobral, Sunstroke Project, Robin Bengtsson, and Blanche) and ended the night out of qualification in 13th place.

So it was back to the drawing board for ČT. A Czech national final was resurrected, last used in 2008. Eurovision Song CZ (better known now as ESCZ) was born and has been the Czech Republic’s method of choosing its Eurovision artists ever since.

While only six songs took part in the selection, ČT tried something they had never done before – involve stakeholders from outside the Czech Republic. An international jury comprised of former Eurovision participants (such as Jalise, Dami Im, Iveta Mukuchyan, and seven others) decided 50% of the vote, while the remaining 50% came from the Czech televote. The international audience could also vote, but their votes were not included in the end.

Mikolas Josef’s Lie to Me won both the televote and the jury vote. In Lisbon, Mikolas finished third in his semi final and sixth in the Grand Final. ESCZ 2018 had immediately delivered the country’s best-ever result.

ESCZ was renewed for 2019 and expanded to include eight artists. The international jury of former Eurovision contests was maintained. A big change this year came with the international online vote being counted as the weight of one jury member. Indie pop band Lake Malawi came out on top with their song Friend of a Friend, edging out the electronic sounds of Space Sushi (which won the Czech televote) by Jakub Ondra.

Of course, Lake Malawi went on to qualify the Czech Republic to the final for the second year in a row, finishing in a respectable 11th place, and in doing so, achieving the Czech Republic’s second-best result ever at Eurovision.

ESCZ was last held in 2020 when Benny Cristo topped six other artists with his upbeat song Kemama. He beat out strong challenges from Barbora Mochowa (the jury’s winner) and Elis Mraz (who is competing again in ESCZ 2022). As we now know, Benny had to wait a year to finally get to Rotterdam once Eurovision 2020 was canceled as a result of the Covid-19 pandemic.

Luckily for him, he was internally selected to return for 2021, but with a new song, Omaga which got some love from the juries in his semi final, but failed to gain any points from the televote. The Czech Republic ended in 15th place in the semi final and did not qualify for the Grand Final for the first time since 2017.

ESCZ is back for 2022, and online and international voting is currently open (at time of publishing), and if you vote for your favorite in the official Eurovision app, or via escz2022.com, your vote will count in the results! Before the winner is announced on Thursday 16th December, be sure to vote in our poll below and let us know who you would like to see fly the Czech flag in Turin next May (this vote won’t count in the official result, but it will help us find ESCBubble’s winner of ESCZ)!

Here are the 14 artists who will compete at Benidorm Fest in January!