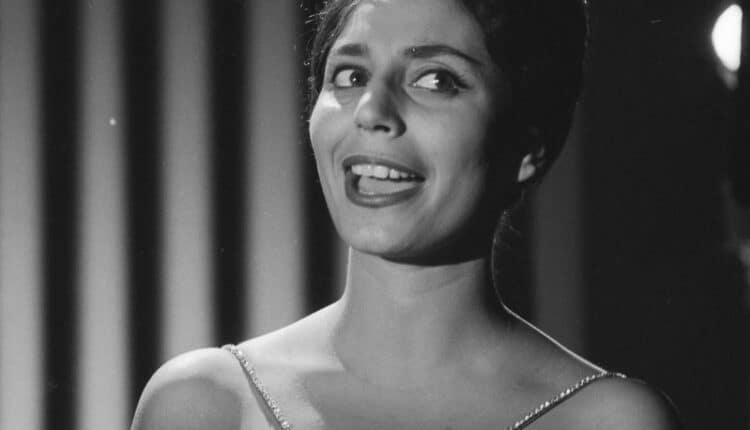 Carmela Corren, who represented Austria at the Eurovision Song Contest in 1963 in London, passed away today. The Israeli singer died one month ahead of her 84th birthday!

Carmela was born in 1938 in Tel Aviv and her biggest childhood dream was to become a professional dancer. At the age of 15, she got professional training to fulfill her dream, but due to an injury, she couldn’t continue to dance professionaly. However this didn’t stop Carmela, who has always been talented in many areas, to chase after the stars, so she became a singer instead.

While serving in the Israeli army at the age of  18, the American TV producer Ed Sullivan discovered her talent during a project in Jerusalem. He was impressed by Carmela and convinced her to go to New York City, to perform at his TV show. Carmela also toured through South Africa together with Cliff Richard, who would later represent the UK at the Eurovision Song Contest in 1968 and 1973.

During the early 1960s, Carmela had some movie roles, and slowly became a famous singer in the German speaking music scene. In 1962 she participated at the German Schlager Festival with the song “Eine Rose aus Santa Monica”.

The song became a hit and stayed in the German charts for several weeks, which became her big breakthrough in the German Schlager scene.

In 1963, the Austrian broadcaster ORF chose Carmela Corren as their representative at the Eurovision Song Contest 1963 in London, where she reached the 7th place out of 16 participants. You can watch her Eurovision performance here:

After taking part at the Eurovision Song Contest, Carmela got married and had two kids. She eventually retired from show business and moved to Florida. She released her last single “Ich breche alle Brücken ab / Die Tür steht offen” in 1969.

The Austrian Eurovision podcast Merci, Chérie posted about Carmela’s death on Twitter, including a picture of her, that they took during New Year’s Eve 2019, when they met Carmela in Flordia.

We are really sad to let another Eurovision representative go and we would like to express our condolences to Carmela’s family and friends! May she rest in peace!

Majority of songs for Moldova’s national selection coming from abroad, final on 5 March!