Chanel has just won the first edition of Benidorm Fest and will represent Spain at the Eurovision Song Contest 2022. She will perform the song SloMo at the Grand Finale on May 14th in Turin, Italy.

This year’s Spanish representative was selected from a completely new format of national selection after a few years of unsuccessful results. Benidorm Fest was made up of an open call for songs, and three live shows broadcast live from the city located on the east coast. A total of thirteen candidates competed at the semifinals, but only eight of them managed to reach the final show which has been aired today:

You can check the final scoreboard below: 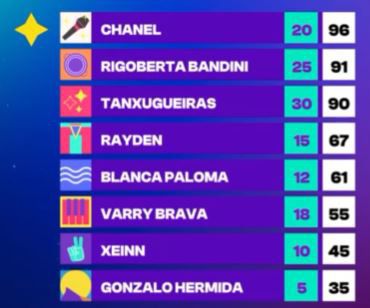 So, Benidorm Fest has come to an end. What do you think about this new selection format from Spain? Do you like the winner?

Rachel Goode – "Singing Spice Girls and then I could whack out Pie Jesu!"