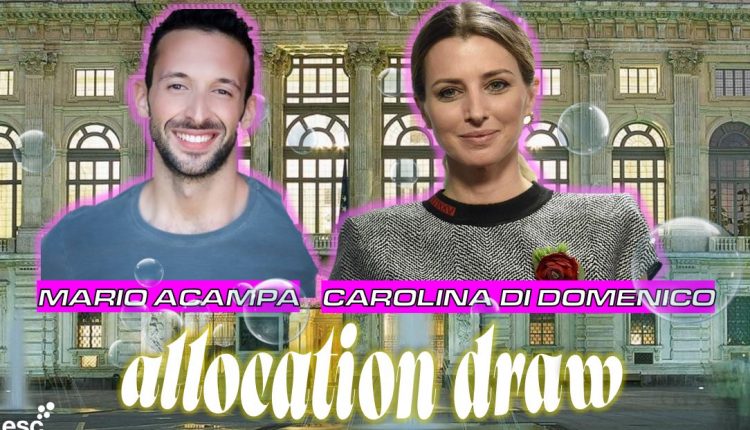 After Gabriele Corsi recently announced he was unable to host the Semi Final Allocation Draw for Eurovision 2022, moments ago came word that his replacement will be Mario Acampa, a name well known to Italian Junior Eurovision fans. He and co-host Carolina di Domenico will present the event tomorrow. Corsi recenely tested positive for Covid-19 and thus had to step aside. The ceremony will begin from the Palazzo Madama in Turin tomorrow at 12:00 CET and will be broadcast on RaiPlay as well as the official Eurovision YouTube Channel.

The 33 year-old Mario Acampa has been Rai’s commentator for the Junior Eurovision Song Contest since 2017. Acampa speaks fluent English and is known for being an enthousiatic commentator, so he should be a great fit to fill in for Gabreiele Corsi!

Carolina di Domenico has also has commentator experience under her belt – she commentated at the Lisbon 2018 Contest together with Saverio Raimondo on Rai 4 and then the final for Radio 2 alongside Ema Stokholma. More recently, she presented Italy’s points at the Rotterdam 2021 Contest.

The Allocation Draw ceremoneny is extremely important, as we find out which countries will compete in which Semi Final, as well as in which half of the running order each country will perform. For more information on what to expect, have a look at our previous article. We already know some information, as the countries have already been split into six pots for the draw.

Will you be tuning in tomorrow to watch the draw live? Let us know your thoughts!

VILDE: “With “Titans” I’m letting women know they aren’t alone, and that we can find strength together.”