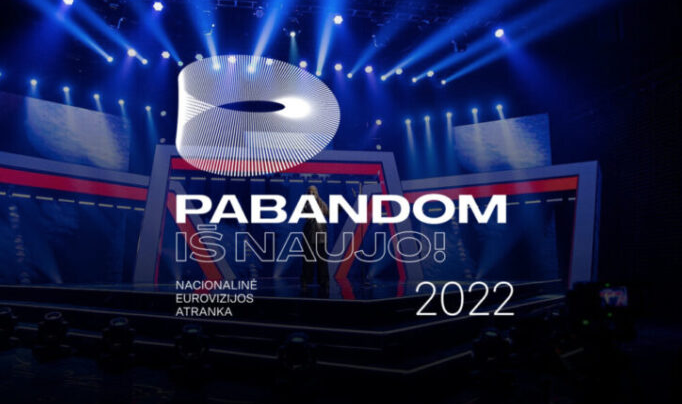 Since Lithuania, unlike most other countries at Eurovision, neither has a requirement for all entries to be released together prior to the show nor a ban on releasing the songs altogether, nine of the songs competing on Saturday have been released, while, as of now, the other two wait in the wings. The released songs can be listened to via the links below.

This is how Heat One will go:

This will be the first of three heats at this year’s “Pabandom iš naujo!”. The results will be comprised of a 50/50 jury-televote system, but unlike previous years, the jurors will not be revealed, and all the results will be announced at the end of the show to ensure the jury vote does not influence the public vote.

PiN 2021 alumni Gabrielė Goštautaitė and Voldemars Petersons, as well as former Eurovizija winner and Lithuanian Eurovision representative Erica Jennings (as part of Skamp in 2001), will compete in the first heat.

The reigning champions are The Roop, who won two years on the trot with On Fire and Discoteque.

Who are you most excited to see at Pabandom iš Naujo! this weekend? Let us know in the comments and on social media.

These are the songs that will compete at Supernova 2022!