A few days ago the slogan of Eurovision 2022 has been revealed as The Sound of Beauty. and now the accompanying  theme art of this year’s contest has been showcased. As visual representation of the sound Cymatics were chosen. Cymatics is the science of turning sounds into patterns which then appear as geometric shapes. 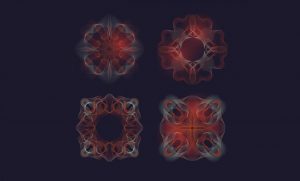 The previously mentioned patterns are also known as Chladni figures named after their founder Ernst Florens Friedrich Chladni. In case of harmonic sounds the figures form a symmetrical geometric shapes and compositions, similar to mandala. Other sources of inspiration which was revealed are: The Italian Garden (o ‘Giardini all’Italiana’), beauty and sound which together with cymatics form one part of the base for the theme. The typography is inspired by the previous Italian posters designs and Arsenica is the serif typeface designed by Francesco Canovaro for Zetafonts which pushes the traditional old style further. You can see the example of the banners below and also watch the presentation video as well. 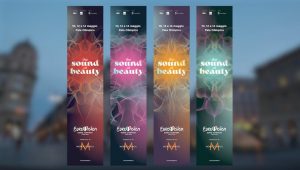 What’s your impression of the Theme art for Eurovision Song Contest 2022? Let us know in the comments bellow and at our social media links!