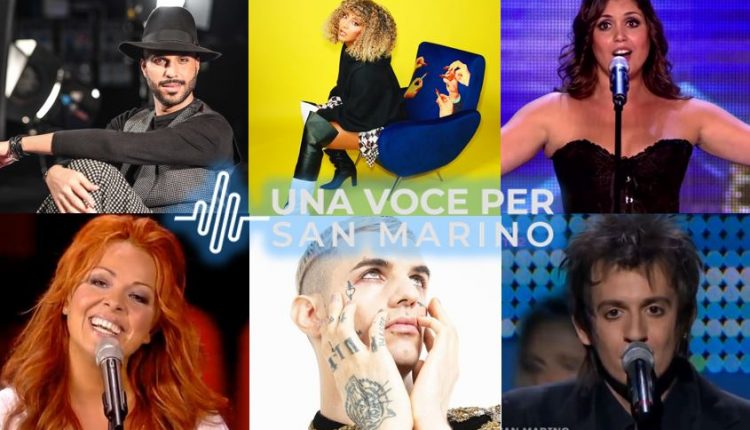 Achille Lauro In The Mix For San Marino – Senhit to Host!

From Milan today, the tiny Republic of San Marino gave a press conference to reveal details about the final stages of their national final for Eurovision 2022, Una voce per San Marino. Federico Pedini Amati Minister of Tourism was the one who had the idea to create this exclusive and unique competition that brought many international artists to the Republic of San Marino. He pointed out today that this Contest has seen over 350 artists from “Australia, across Europe, and even the Americas” come to their country.

Vittorio Costa of Media Evolution, partner of UvpSM, was given the honour of announcing the 9 “Big” artists who will compete in the Grand Final, and will not pass through the Semi Finals. Costa explained that the artists chosen for the “Big” group were all experts, and no young artists were chosen because they were so well covered in the “Emerging Category”.

The 9 Big Artists that will be in the Final on 19th February are:

And a surprise 10th Big Artist announced was:

This means that La Rappresentante di Lista will not be competiting for San Marino, as they had teased after the conclusion of the 72nd Sanremo Festival last week.

The shows still to come in this Sammarinese extravaganza include:

We already know one of the judges will be Susanne Georgi (Andorra 2009). She will travel to San Marino on 17th February in time for the Grand Final. On her participation, she said, “I am immensely happy and honoured to have been chosen as a juror for the festival […] They know everything I’m fighting for  — Andorra to return to Eurovision. San Marino, as a small state, they also want Andorra to return to the festival.”

And some final news, it was announced today that Senhit (San Marino 2011, 2020, 2021) and Jonathan Kashanian will host the Grand Final!

Who are you most looking forward to seeing in the Final? Let us know below or on our socials @escbubble. The winner will take the torch from Senhit, who got San Marino to its 3rd Grand Final last year in Rotterdam!