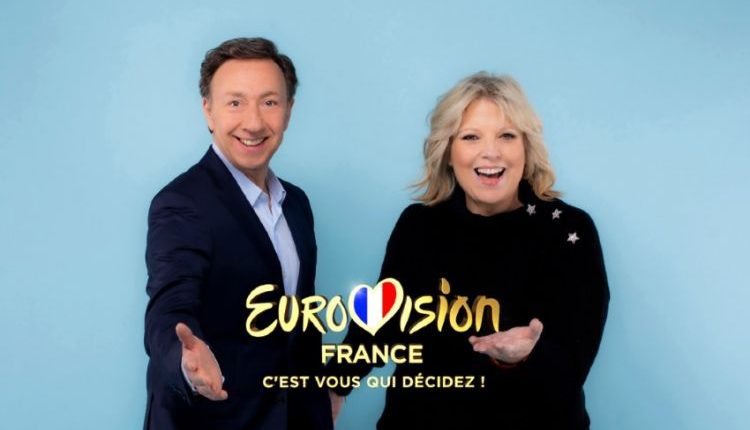 Last week we’ve got news about the French selection for Eurovision 2022, the head of French delegation, Alexandra Redde-Amiel, announced that the acts competing at this years edition “Eurovision France C’est vous qui décidez” will be released tomorrow (16th of February). Ahead of the release we’ve got the news about the date of the selection.

“Eurovision France C’est vous qui décidez” is scheduled for 5th of March! The hosts of the show will be Stéphane Bern and Laurence Boccolini and the show will be broadcast on France 2. The 12 acts are going to be competing for a chance to represent France at Eurovision 2022.

The first edition of“Eurovision France C’est vous qui décidez” was organised last year and it featured 12 songs. It was one of the first national selections announced and whose acts were premiered. This year the situation wasn’t the same probably given the fact that in December, France hosted Junior Eurovision 2021 and they are also revealed as the hosting country of Eurovision Young Musicians which will be held on 23rd of July in Montpellier.

The details of the decision making and voting for this years selection is yet to be revealed. Last years edition of the French national selection featured a 10 members jury who alongside the audience made the decision which 8 out of 12 acts will advance further to the second, final round of the show. The 7 finalists were decided by the audience while the 8th (recipient of wild car so called “Euro-ticket”) was decided by the jury. In the final stage 8 songs were competing for a chance to represent France at Eurovision 2021 and Barbara Pravi won with the song “Voila”, later on she became the runner-up of Eurovision 2021 but she was also winner of ESCbubble’s Eurovision 2021 vote you can check the voting video HERE and watch Barbara receive ESCbubble award below.

What are your expectations of “Eurovision France C’est vous qui décidez” 2022? Let us know in the comments below and at our social media links @escbubble!

Opening ceremony of Eurovision 2022 to take place at the Palace of Venaria!