Le Serpentine: ‘Our lives, views, and moods are changing and that is our music!’

Le Serpentine is a band that formed in Slovenia back in 2012. The group recorded its first studio album in 2014. Their music could be classified as alternative rock, and the style is reminiscent of the grunge music from the 1990s. At concerts, the band always includes imagery of music in the form of videos on old cathode-ray TVs! On 19th December 2021, Le Serpentine were announced by RTVSLO as having pre-qualified for the final of EMA 2022, in the hopes of representing Slovenia at Eurovision 2022 in Turin. They were very generous with their time, and provided insightful answers. Read what they had to say about their journey to Eurovision below!

Zdravo! Thank you so much for finding time in your busy schedule to talk to us! Congratulations on being chosen for EMA 2022! What made you decide to take part in EMA this year?

Thanks for your congatulations. Last year was not very special for us, like the year before. During Covid lockdowns and all sorts of restrictions there were not as many gigs and events as before. So for us the concerts and gigs died. So we  came up with an idea that we must go outside from our bassement and try something new. We already had a lot of songs close to being finished, so we had to pick the one that best suits a victory in Turin. And this is just the way it happened. It can happen to you too!

Your band has such a unique name. How was it chosen? 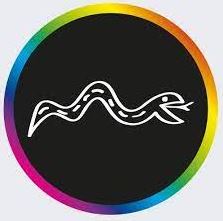 We get asked about our name every time. But we still don’t know the best answer. We have a lot of versions. Serpentine in Slovenian means “winding road”. Road in the shape of a snake and it is going upwards into the mountains. So we liked the name. We all live under the mountains in Slovenia. We also joked a lot about this word, because it also appears in a Guns n’ Roses song where Axl is singing about his “serpentine”. So we just put this name and a picture of road snake on a trucker cap and that is how the name and logo were born! We added the prefix “Le” because there were some metal bands that already picked that name without the prefix and we wanted to sound more French. But that is not a French word either. It is unique as you said! 😊

In an interview a few years ago, you mentioned that your music is becoming more mainstream than it had previously been. Do you think your music has become more ‘radio friendly’ lately, and was that perhaps done with the goal of winning EMA in mind?

We are definitely becoming more mainstream but not rushing anywhere. That is our philosophy. We are an independent band. We are doing things that we like. We all like alternative music, we listen to alternative music and our music has a lot in common with alternative indie rock. The whole time we make music our way but we know that if we want listeners the music has to be somewhat radio friendly. So we had no intensions to change our music. Music is just changing through time. Our lives are changing, our views and moods are changing and that is our music. Full of emotions and stories behind it. We know that if we want to be more mainstream we have to swim directly into that stream so EMA is a really great chance to show others that we are good swimmers and we can swim to Turin!

Is there another artist or group you would like to collaborate with someday?

There is always a chance to collaborate with anyone. We don’t think about that but if there is a chance why not. If it is collaboration for a good cause or reason we are always here.

Can you reveal anything yet about your song Tud teb se lahk zgodi? From the quick snippets online it sounds very chill!

Yes it is very chill. When you hear the whole song it stays in your head and it won’t get out of it. And that kind of thing can happen to anyone. In fact, in English the title means “It can  happen to you too”.

Have you rehearsed your song live yet? If so, how have rehearsals been? If not, can you share anything about what you’d like to do on stage?

We rehearsed the song just before we were picked for EMA. That time we were practicing with instruments and sound and now we are practicing in playback mode. It is very strange for us, because it is first time for us to play playback. We will be awesome on the stage. We can’t reveal a lot but check us out on Saturday 5th February and wait for the third song!

Are you Eurovision fans? If so, do you have a favourite song or a memory about the Contest?

We are Eurovision fans but in a different way. Alternative Eurovision fans! 😊 Perhaps the best song or the first song that we all know is probably Waterloo by ABBA. That is a classic. But we wern’t born in that time yet so perhaps maybe the best song is Yugoslavia’s Hajde da ludujemo by Tajči from 1990. That is also a well known classic. Slovenian people are just obsessed with Yugoslavian music when they get drunk so this song is probably playing somewhere on a party now while you are reading this. And of course we must mention the Italian song that competed in 1987 named Gente di mare. That song is just awesome.

What what would it mean to you to represent Slovenia at Eurovision in Turin?

It would mean a lot to us, so we are already learning some Italian so that we can represent Slovenia in the best way possible. When in Turin, speak like Romans do.

What are your plans after EMA? Can fans expect any new music, maybe even a new album to follow Pobarvanka?

There will be a couple of singles released and then maybe a whole album. It is not definite yet but as we said we are not rushing anywhere since times are in this crazy situation and you can’t predict anything in advance. We are sure that there will still be lots and lots of music from us. We have a lot of new songs ready and one song just went out yesterday. It is named Ostani and it means “Stay”. So I can promise that one thing is for sure. We will stay here.

Thank you so much for your time! We wish you the best of luck at EMA! Do you want to share anything else or you maybe you have a message for your fans and the followers of ESCBubble?

Thank you for your time. We will do everything to win so that we can send you a postcard from Turin. With lots of love to our fans. You are amazing. Check out our social media and our music on digital platforms. If you don’t like Slovenian music we also have one English song called Friends. Check it out! 😉

Manouche: “This song was made in Italian language as a demo!”

Chelcee Grimes for the UK?