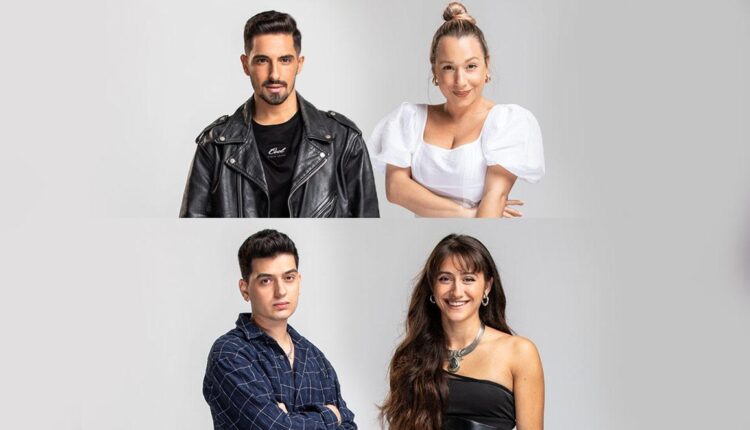 These are the final four songs in Israel!

This evening the X Factor Israel changed pace and journeyed to HaShir Shelanu L’Eurovizion (Our Song For Eurovision) as each of the four X Factor finalists performed their two assigned songs against each other to determine which song each will be performing in the final on Saturday night.

First to perform was Michael Ben David who performed “I.M” followed by “Don’t”. It was clear after the judge & jury votes which way it was going, and it ended with a landslide victory for “I’.M” with 83% of the combined vote against only 17% for the losing song.

The second finalist to take to the stage was young Eli Huli who is the only to perform two self-penned tracks this evening. He performed his two options “Nostalgia” and “Blinded Dreamers” before the panel voted again. A little closer than the first vote, this time “Blinded Dreamers” came out on top with 67% of the vote compared to 33% for the losing song.

Inbal Bibi was the penultimate finalist to perform and both her entries “Marionette” and “ZAZA” have picked up a lot of fans online this week since the songs were released. The judging panel slightly preferred “Marionette” but after the jury vote it was deadlock going in to the public vote – 50/50 a piece! With a very slim victory of 53% vs 47%, “Marionette” won the public vote and is going in to Saturday’s final with Inbal!

So with that we have our four final songs in contention to represent Eurovision in 2022! Join us again on Saturday night (February 5th 2022) where these 4 artists and songs will compete for the ticket to Turin:

You can continue voting for your favorite of the four final songs in our poll here:

Eesti Laul – The first five Grand Finalists have been chosen!

Tina Karol confirmed as one of the judges of Ukraine’s Vidbir 2022!