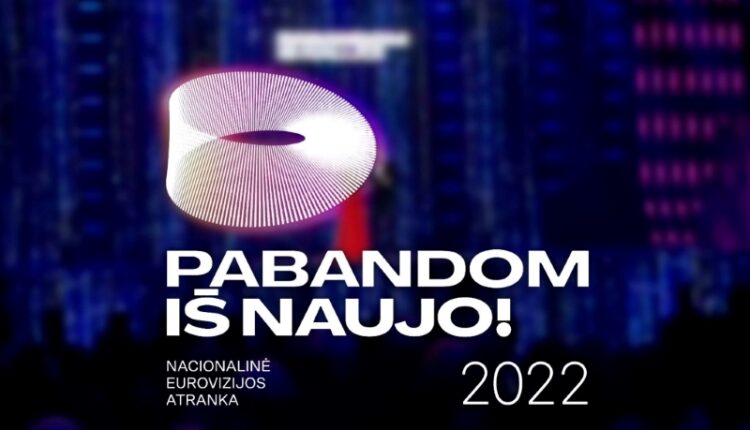 This is YOUR winner of Pabandom iš naujo 2022!

After three heats and two semi finals, tonight it’s time for the Grand Final of Lithuania’s Pabandom iš naujo 2022! A total of eight acts have qualified for tonight’s Final, where the winner will be selected by a mix of jury votes and televoting.

As you are used to it by now, we at ESCBubble also looked to find our own winner. 13 of our team members – Anne, Nikola, Kyle, Joe, Joseph, Olivier, David, Matt, Marco, Nick, Sebastian, Dave, Cain, as well as a special guest juror from Lithuanian portal eurodiena.lt – Andžej, have voted for their six favorite songs, by giving them 12, 10, 8, 6, 4 and 2 points. Their results represent the 50% of our final result. The other 50% is coming from our poll, where all of our readers had a chance to vote for their favorite entry. In case of any ties, the song that scored more with our readers in the poll will have the advantage.

Check out the full voting right here, starting from 18:15 CET:

The full results of our poll is as follows:

Vote for YOUR favorites in the Final of Pabandom iš naujo 2022!
Total Votes: 924
Voters: 612
Voting is closed

When all the points were added together, Monika Liu scored enough points from our readers to pass our jury’s top three, and she became ESCBubble’s winner of Pabandom iš naujo 2022! Give a listen to her song “Sentimentai” right here: