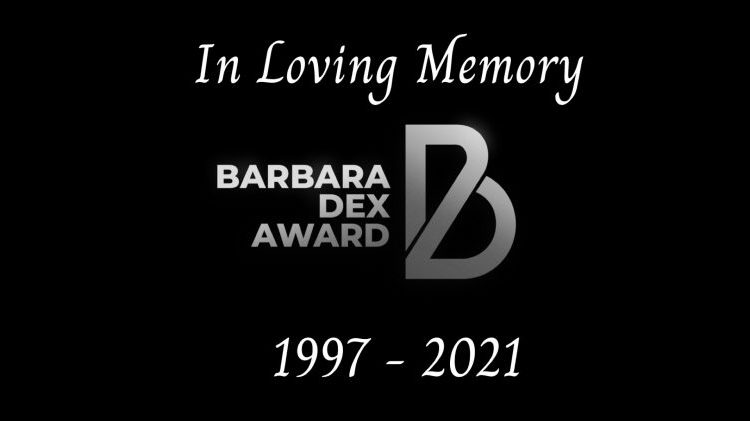 Songfestival.be has announced that after 25 years, the title which was given out each year to the most bizarre outfit of Eurovision Song Contest, the famous Barbara Dex Award won’t be given out anymore and it goes to the Eurovision history. In addition to those news they revealed a plan to launch a replacement award whose goal will be to celebrate the most remarkable outfit by an Eurovision artist.

Barbara Dex Award was first introduced in 1997 and it’s initiators were the editors and collaborators of the a Belgian web portal House of Eurovision. The award has been inspired by the Belgian representative at Eurovision 1993, Barbara Dex, whose home-made dress got her an unofficial recognition for the worst dressed participant of the contest. As mentioned the first winner of Barbara Dex Award was revealed in 1997 and until 2016 the award has been given out by the House of Eurovision. The portal shut down after the Eurovision Song Contest 2016, since then the care about the award has been given out to the Belgian website Songfestival.be

The award has been part of many discussions and there were a few attempts and willingness of people for it to change it’s category and instead of putting the emphasis of the ugly outfit they wanted it to celebrate the extravagance of an Eurovision artists’ attire. That led to last years slight change as it has been given out as the award for the most memorable outfit.

The board of songfestival.be editors stated that they had faced a barrage of negative comments from long-time readers and followers of the portal in the past four years. In order to avoid further misunderstanding, they decided to stop giving out the Barbara Dex Award and launch a completely new award which will bring the new light upon the garments of Eurovision artists. In order to do so they need the help from the fans, the name for the new award will be accepted at songfestival.be from today until the 31st of March and alongside the name all the fans can shortly explain their proposal through a google form. The proposed names must have something to do with the Eurovision Song Contest. Up to 20 of the most impressive proposals will be announced on 3rd of April and the voting for the best one will take place from 4th until 18th of April on songfestival.be the announcement of the new fashion award alongside with it’s new logo, will be presented on 29th April.

The countries which got most Barbara Dex Awards were North Macedonia, Portugal and Serbia with two each. North Macedonian representatives who won the award were Martin Vučić in 2005 and Eye Cue in 2018; Portuguese were always winning the years after band Nonstop won in 2006 and Conan Osiris in 2019 and Serbia was the first country to get the award twice as Milan Stanković won it in 2010 and was followed three years later by Moje 3 who won the award for the worst dressed Eurovision artists in 2013. The last winner of the Barbara Dex award was the Norwegian representative at last years contest, TIX.

You can check out their performances and outfits in a video available below:

What are your impressions of the cancellation of Barbara Dex Award? What are your ideas for the name of the new Eurovision fashion award? Let us know in the comments below and at our social media links!

Watch the official music video of Emma Muscat’s “I Am What I Am”!