Is this the UK song?

A number of UK outlets seem to think that this could be the entry to represent the UK at this year’s Eurovision. The song is called ‘Space man’ and it’s by Sam Ryder.

Sam Ryder is a singer, songwriter and guitarist from Essex, UK who has worked in the music industry since 2009.

Sam has toured with a number of bands including The Morning After, Blessed By A Broken Heart and Close Your Eyes.

In less than a year, Sam has amassed 7.2 million followers on Tiktok with his covers of songs from artitsts suck as Adele, The Weeknd, Rihanna and Bruno Mars.

The response to his videos were so huge that TikTok crowned his account the most popular UK artist account of 2020.

What makes you think that this is the UK song?

-A number of UK outlets, including the UK’s Daily Star seem to think it’s our song.

-The singer recently cancelled a gig on 15th May, the day after this year’s Eurovision.

“It’s been fantastic to work so closely with the BBC on this project so far, in particular Radio1 and Scott Mills – who’s offered incredible insight and has been a major part of the team. Radio 1 – the voice of youth culture – is vital to the Eurovision audience which as we know is skewing younger every year. It’s really important to us that this year’s Eurovision has the feel good factor, we want everyone to get behind the act, enjoy the show and hopefully celebrate a great U.K. performance on the night.”

Could it do well?

It’s difficult to say at the moment, however if you look at the UK charts it could struggle. Despite the song being Radio 1’s Tune of the week, the song has failed to make it into the UK Top 75 after being released for a week. Of course, once the UK song is released it’s sure to get more promotion, but if this is the UK song, could do this be a sign of things to come? 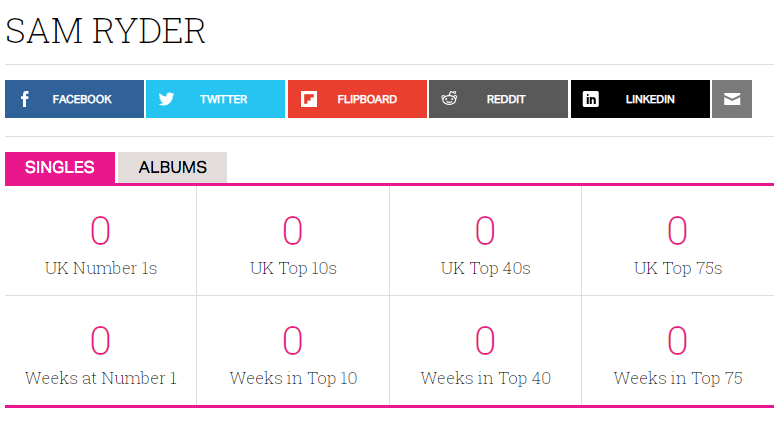 Reviews for Sam’s other songs have not been great, but Sam’s most recent entry ‘Space man’ seem to be fairing better.

When could we find out who’ll be representing the UK?

The deadline for all entries to be released is mid March.

Could the predictions be incorrect?

There is obviously a big chance that these predictions could be incorrect. We still don’t know who will represent the UK this year, though with the Eurovision deadline approaching, rumours around Sam do seem to be hotting up.

What do you think of the song? If it is our UK entry, do you think it could do well? Let us know in the comments section below!

Melodifestivalen 2022: Here is the running order of the Grand Final!