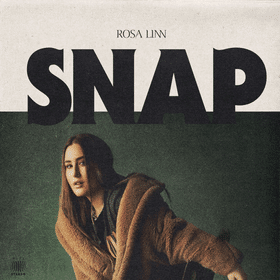 39 out of 40 songs are already released for Eurovision Song Contest this year – Armenia was super quiet, but in March they’ve announced that Rosa Linn will represesent the nation with the song ‘Snap’, which got released just today. You can listen to it here:

Rosa Linn is 21-year-old singer, songwriter, and producer, who was born and raised in Vanadzor, Armenia. She has been fond of music since childhood and started her professional career with the record label “Nvak Collective”.

In her own words, Rosa says:

From the outside looking in, the odds seemed like they were against me — an unknown girl from a small town in Armenia. But the power of manifestation is real when it is combined with hard work; persistence; and just putting oneself out there. I’m excited to let people into my inner-world through my music. And I’m beyond honored to be able to represent my beloved country on the biggest stage in Europe.

This years Armenian entry was written by Rosa Linn herself, among the team, who composed the song, we find Larzz Principato, Jeremy Dusoulet, Allie Crystal, Courtney Harrell, as well as former Eurovision participant, Tamar Kaprelian, who represented Armenia at the 2015 Eurovision Song Contest, as part of the group Genealogy. The song is produced by Alex Salibian, Ethan Schneiderman & Larzz Principato.

Where are you now? We Are Domi released a music video for ‘Lights Off’!