The Eurovision Song Contest is no longer a once in a year contest for musician from all around Europe. Throughout the years the contest’s stage became a great exhibition zone for many designers with some even showing their greatest creations (T.B to 1998 with Jean Paul Gaultier’s parrot dress worn by Dana International). And just like any other major event, an opening ceremony is required. And with the status of the event come the outfits! Let’s take a look at some of the most memorable looks of this year’s opening ceremony!

This was far from expected from Emma. Seeing Maltese history on the carpets I expected something much more elegant than this two pieces dress. It’s too revealing in all the wrong ways. Poor Emma shouldn’t have gotten there first as it looks like she hardly had time to get fully dressed. Emma was literally fighting her dress when that wind hit it. I mean I understand the will to go both elegant and loose but that dress was a bit too loose. 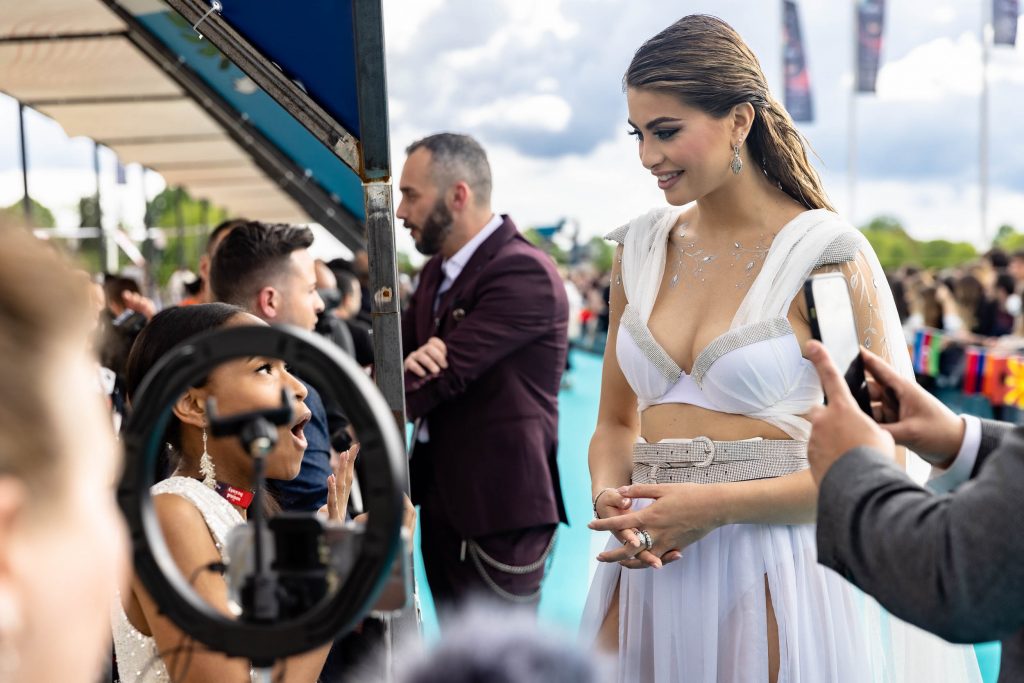 Vladana chose a floor length gown with big shoulder pads. I like the dress. Seems overall very elegant. But we could all see Vladana had some hard time walking in this dress as she constantly had to lift it will walking. I’ve seen enough dresses to know this type of dress shouldnt be lifted or carried around. Vladana didnt wear the dress. The dress wore Vladana. Good choice, but could have been a much better one. 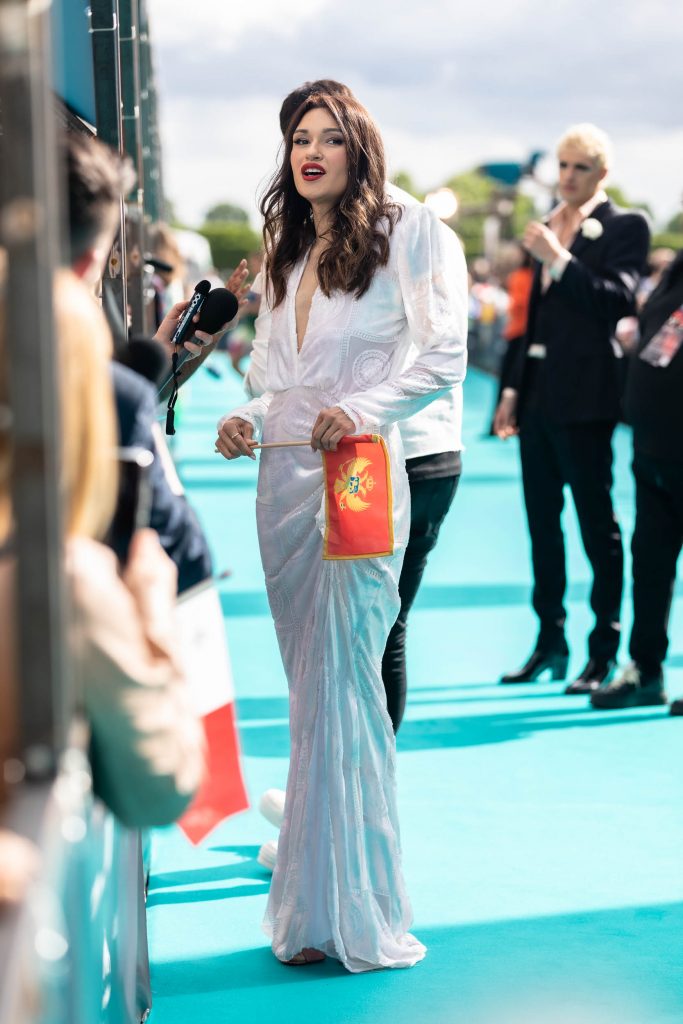 Konstrakta didnt mess around. A jumpsuit, a jacket and a headpiece in monochrome is all she needed and she nailed it. We are used to see big dresses of big names all over the carpet in opening ceremonies. But Konstrakta went to the other direction and she did well! One of my favorite outfits of this day! 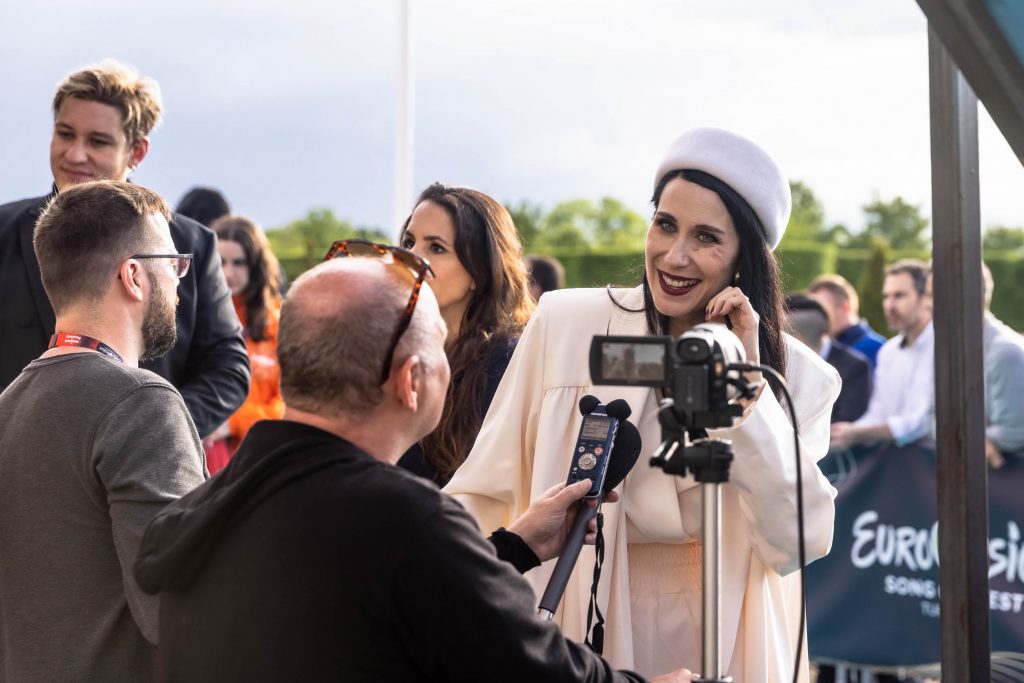 Mia’s outfit stands out among other female Balkan representatives. Mia is here to party. She didn’t choose a long gown or an elegant outfit. Mia isn’t dressed to impress. She is here to have fun. Although a bit heavy on the shoulder pads, Mia went for a two pieces outfit in pink and she closed the deal. Some might consider the skirt too revealing and maybe also the cleavage but again, Mia is here for the party. And who goes to the party fully covered? 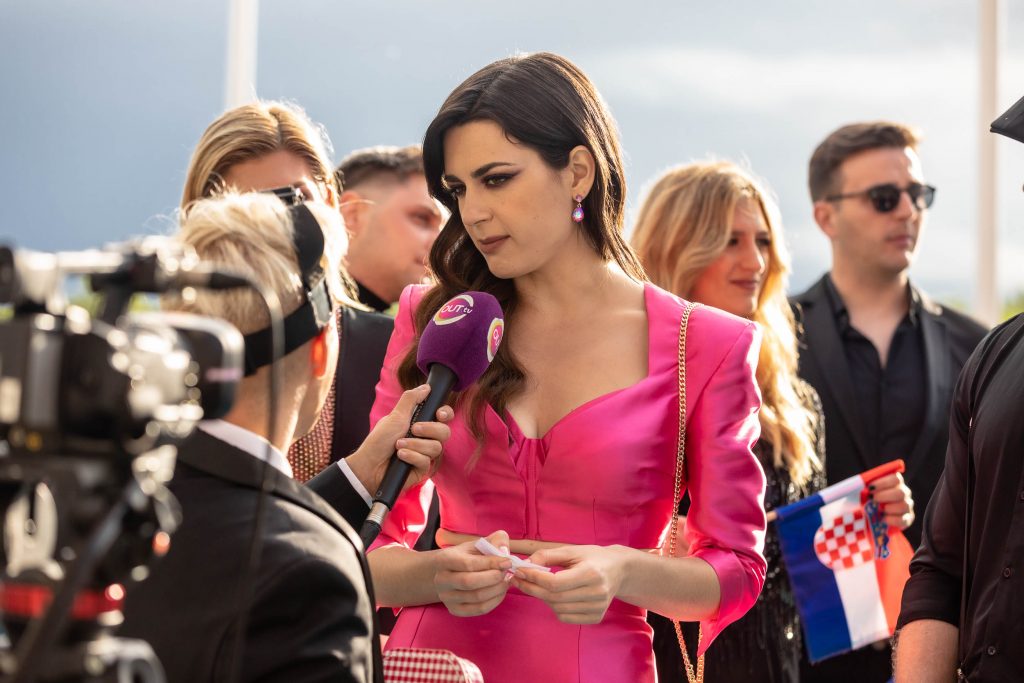 We mentioned Mia from Croatia was here to party. But we didnt say she was the only one. Circus Mircus came to the ceremony dressed as some kind of pirates. I do think someone had to explain to them that this ceremony is also about having fun but it isn’t a costume party. This could have prevented many unpleasant sights and could have probably given them a chance to change their outfits into something more suitable. 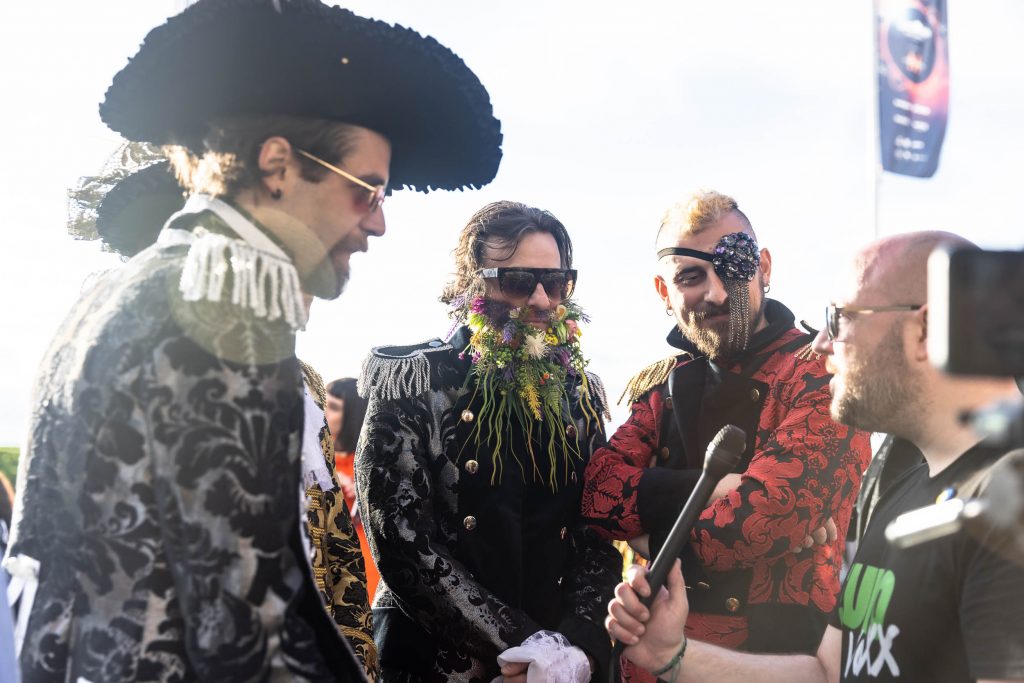 If anyone thought the guys will sit aside and let the girls show off with the outfits, you guys are wrong! Stefan went on the safest side possible (And let’s face it. A man cant go wrong with wearing a suit to a red carpet.). And still, he couldn’t look better than he did. Full black suit, black shirt and shades. Simplicity is key in this case. Stefan rocked his outfit although it is as simple as it can be. Jaw dropping! 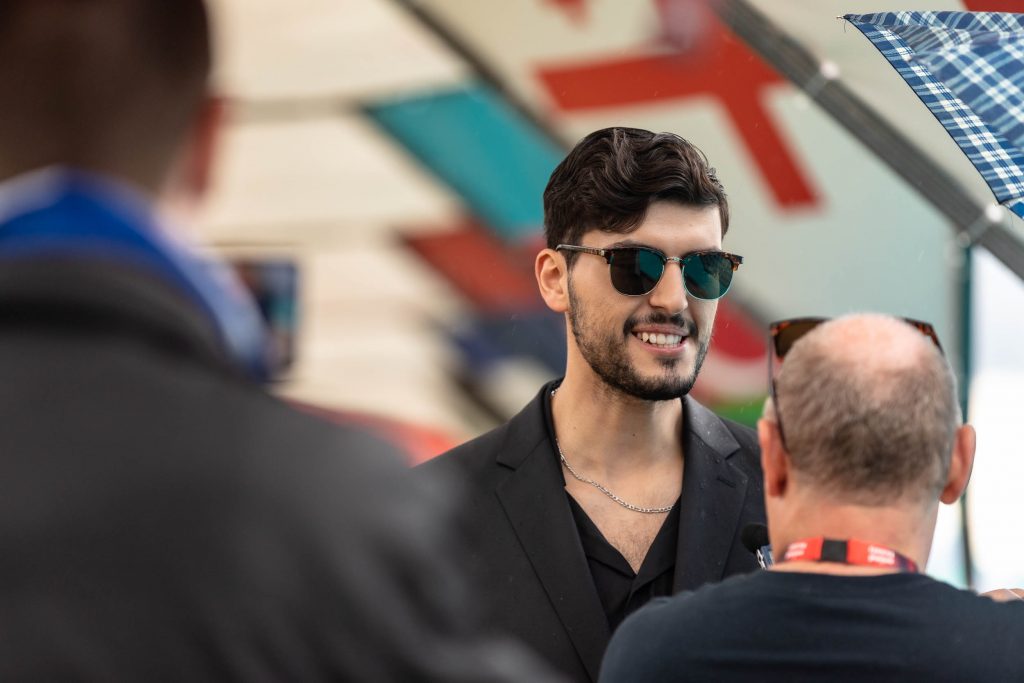 And then come those who try to play it cool and give the classics their own touch. And trust me, their touch is far from being Midas’ touch. I am speaking of Achille Lauro. Who thought this vest with this pink shirt would actually fit? And let’s not talk about the make up. Honestly the only thing that is similar between Achille’s outfit and his entry is that they are both one big mess! 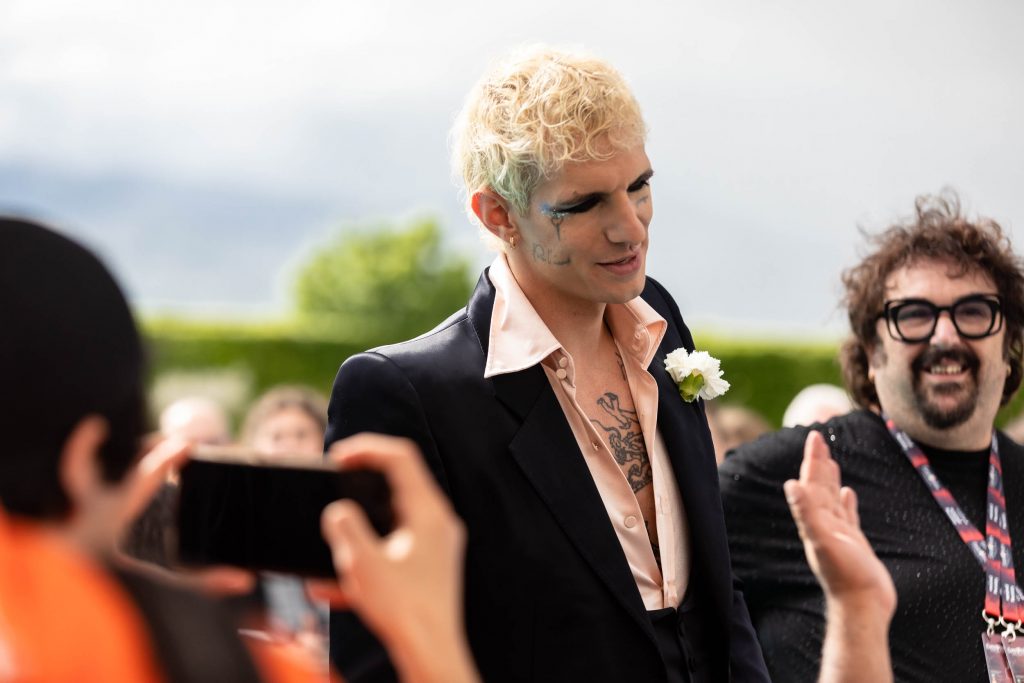 And then comes the classic with a nice twist. Nadir from Azerbaijan didnt go crazy for his outfit and has the same monochromatic suit as Stefan. Yet, the opening of the blazer’s sleeves turns it all for the better. As someone who follows fashion closely, I havent seen this variation in menswear. The outfit keeps its classicism but still gives it a little pinch of modernism. 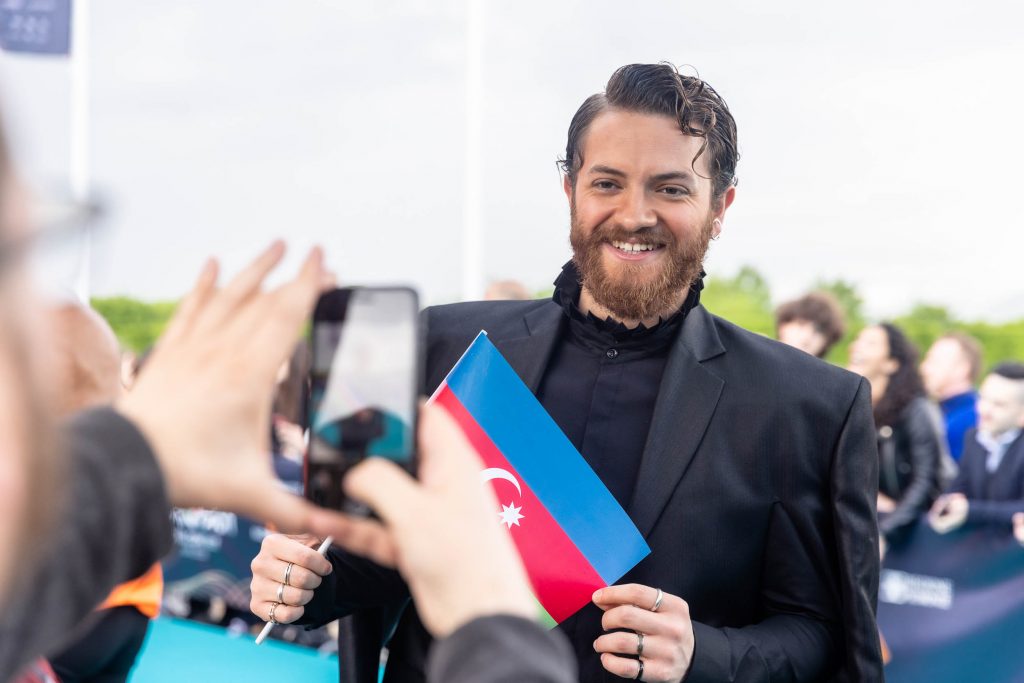 Black here, black there. A suit in black here, a suit in black there. But if there is one piece every woman needs in her closet, it’s a black dress. And the best black dress today was Monica’s. Monica kept it very conservative and elegant as the dress covers her shoulders and most of her legs. Still the dress is capturing and manages to stand out among the other outfits. 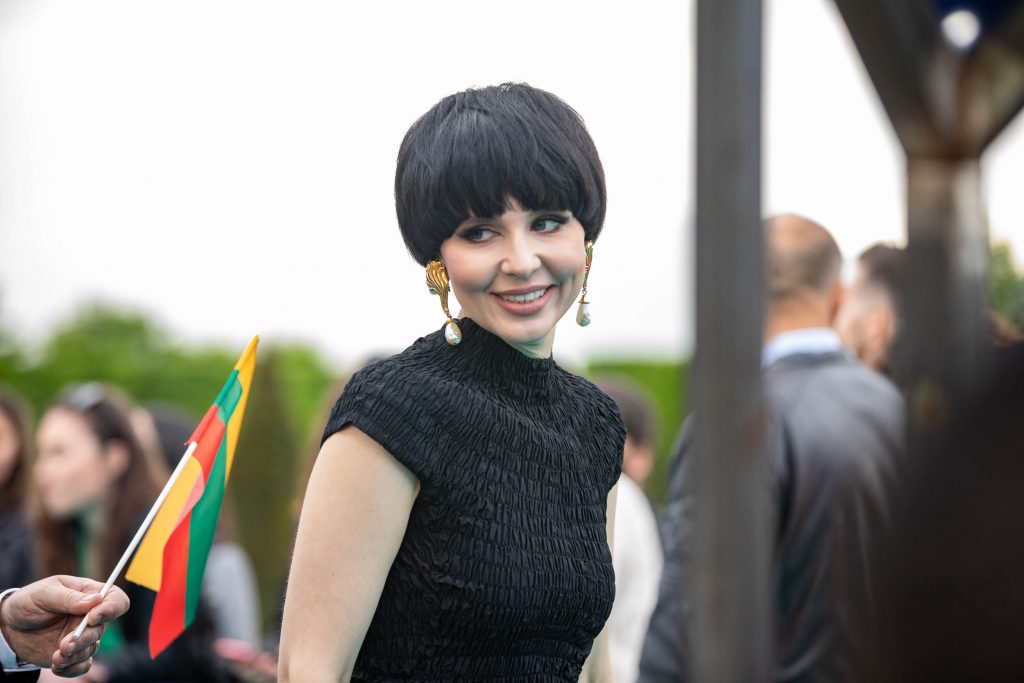 Although the ceremony didnt lack of outfit who could easily fit into a Met Gala under the theme of “Camp” (And yes this was a theme in the Met Gala), some countries kept it good looking for everyone. France went with black as the main color for their representatives and they didnt do anything wrong with this choice. The whole team looked extremely good, classy and with no useless additions. France might not be the best when it comes to their entries in Eurovision, but they have a say when it comes to fashion.

We mentioned some countries were camp. But no one got to the level of Michael Ben David. This outfit gives me kind of pajama vibes and this jacket wannabe robe with this belt on just doesn’t save anything in this situation. As much as Michael’s dancers looked elegant, it simply wasn’t the case for Michael. 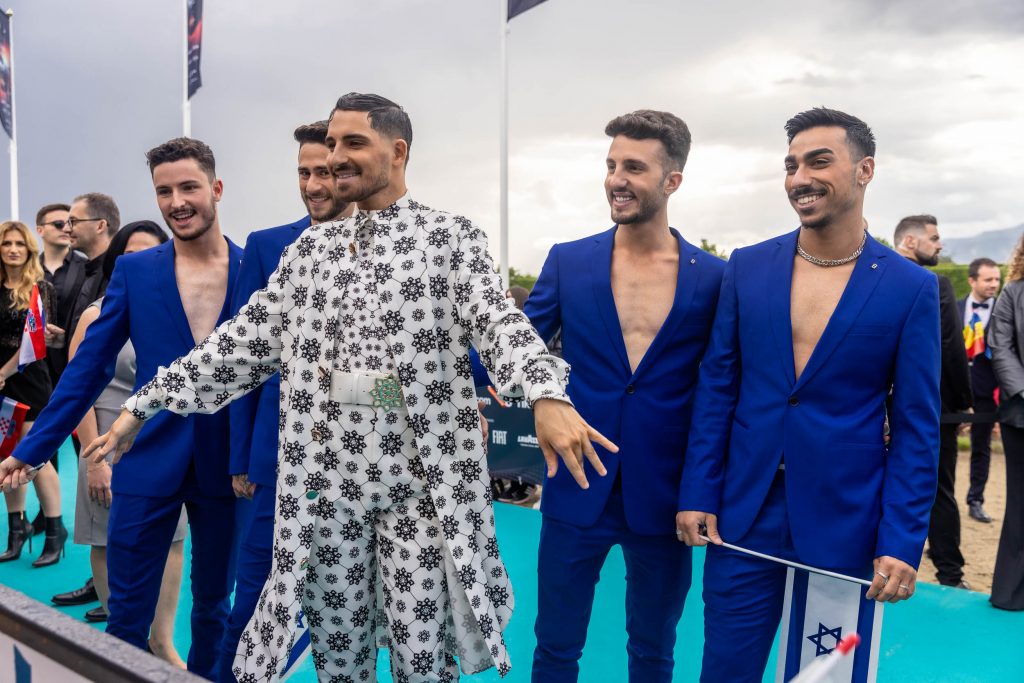 Look. I understand that fashion and style arent something everyone is familiar with. And still I dont understand why the whole Irish team looked like they were heading to a night out in town the mid 2000’s! This was just a disgrace to watch. I didnt like anything about these outfits. I will ignore the fact we are in the opening ceremony of a contest watched by hundreds of millions every year. Still, these outfits are not something anyone with the most basic sense of fashion would accept to wear. These outfits are not camp. They are simply an ugly mess. 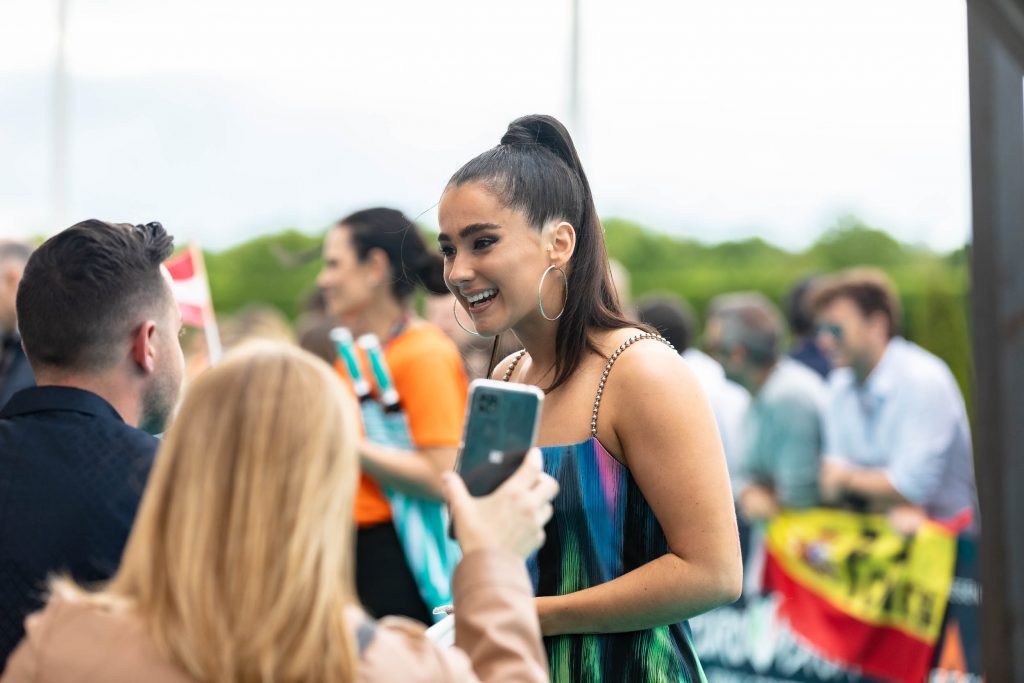 Before I finish this article I have a confession. Seeing Sheldon with this outfit made me scream. I mean we couldnt expect Sheldon for a basic black suit with a tie right? Why? Because Sheldon nails his extravagant outfits better than anyone else. This outfit is extra, all over the place, camp, crazy…. YOU NAME IT! And I simply love it. Nothing in this outfit is quiet or trying to hide. Sheldon is here to be seen and it shows!

I hope you enjoyed this review with us! What do you think of today’s outfits? Tell us in the comments below! Don’t forget to tune in to our next “Shock Or Mock?” article as we review the outfits worn on the first Semi-Final!

All pictures belong to their rightful owners.

Aksel Kankaanranta is the Finnish spokesperson in Turin!